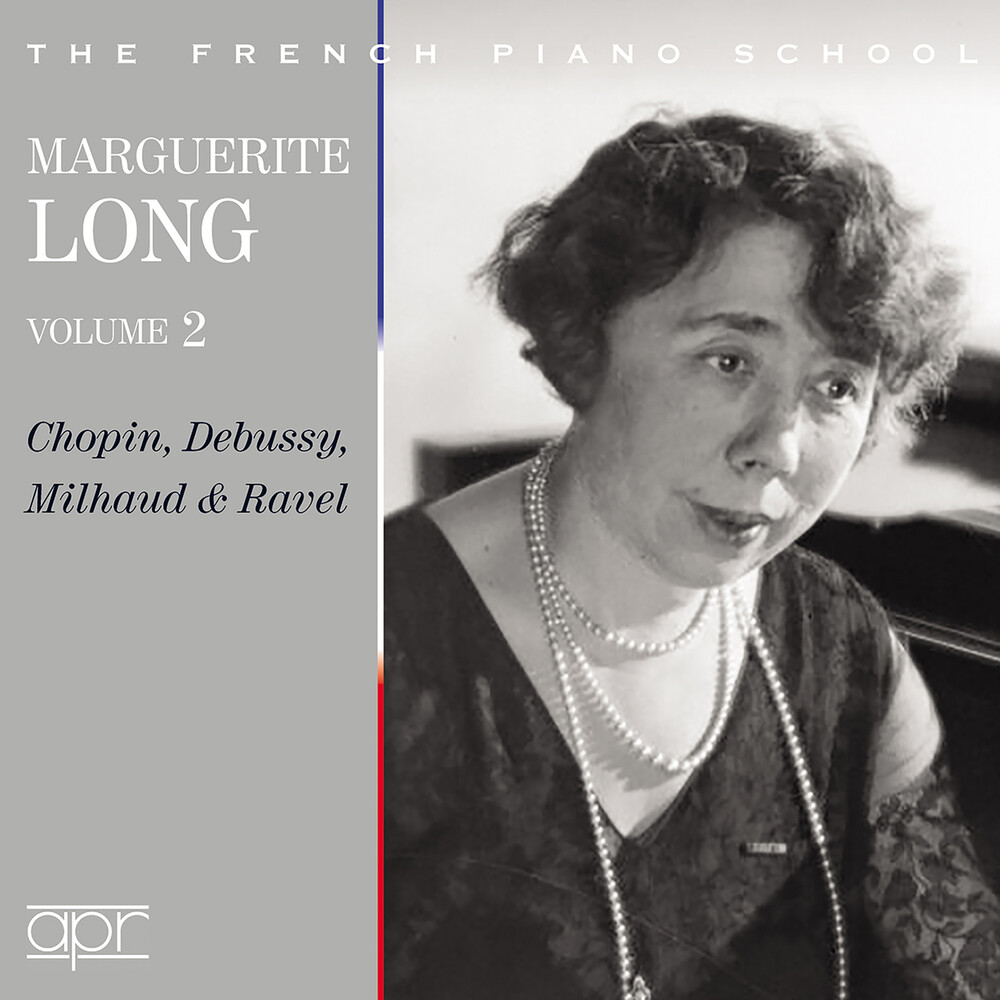 Undoubtedly the foremost French female pianist of the 20th century, Marguerite Long (1874-1966) prided herself on her personal friendships with some of the foremost composers of her day - Debussy, Fauré and Ravel. She championed their works, premiering Ravel's G major piano concerto, and was to write books on the interpretation of each of them. This addition to our continuing French Piano School series is the second of two APR volumes, together containing her complete recordings of French repertoire, and of honorary Frenchman, Chopin. Of particular significance here are the premiere recordings of the Ravel G major and Milhaud 1st concertos - both works dedicated to her - and also the first ever recording of Chopin's 2nd Concerto from 1929, which has not previously been reissued.