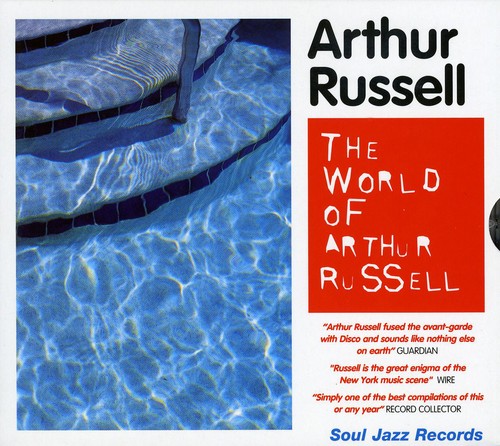 While Russell was formally trained as a classical cellist, he was very much a multi-faceted musician, having produced the first 12 inch single for Seymour Stein's Sire label ("Kiss Me Again") and co-founded the Sleeping Bag label himself. Sleeping Bag releases were the heart of the underground disco music scene that operated well below the radar of the pop hits that dominated the charts. Under the guise of Dinosaur L, Russell released "Go Bang" to great acclaim (remixed by Francois Kervorkian). Sleeping Bag releases were regularly played at Larry Levan's Paradise Garage and other haunts of true discophiles. Here is a wonderful compendium of the man's lifetime of work, that life cut all too short by AIDS in 1992.