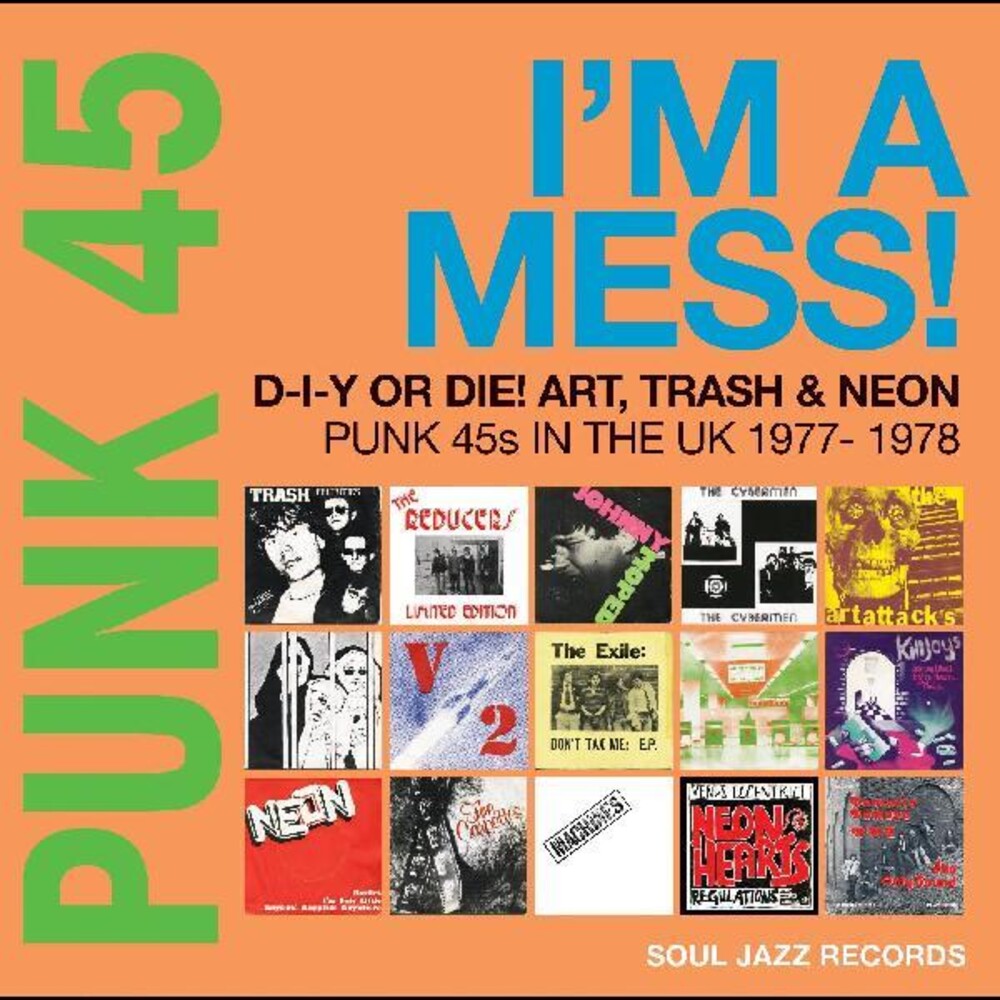 Soul Jazz Records released PUNK 45: I'm A Mess, a new collection of punk and D-I-Y rare 45s from the UK, as a one-off pressing limited-edition double album with a bonus 45 exclusive for Record Store Day 2022. Soul Jazz Records' long-lasting Punk 45 series are high-quality editions of early punk 45s. While previous editions have focused on LA, Cleveland, Akron, France, and proto-punk, this new edition focuses on mainly self-released 45s made in the UK. While only a handful of Punk 45s were released in 1976, the following two years produced an avalanche of them. Aside from the few punk bands who signed to major labels, many of these singles were self-released private press or independent label 45s. With limited distribution and access to the media, many of these sunk without trace and were lost in history. This album features many of these independent punk 45 gems, lost nuggets of gold from the sea of time! The bands featured here come from across the UK: you will find The Drive, Scotlands' answer to the New York Dolls, Dansette Damage from Newcastle, Stormtrooper from the Isle of Wight and many more, a snapshot of some of the finest private-press 45s ever made. Other bands include Cybermen, The Exile, Neon, and the early punk incarnations Johnny and The Self-Abusers (who later became Simple Minds) and The Killjoys (with vocals by Kevin Rowland who later formed Dexy's Midnight Runners). These are all one-off and super rare releases from bands that you have probably never heard of! Hidden gems from the wastelands of the early days of punk. Totally in keeping with the spirit of the time, this is high-octane, righteously-independent DIY or die! The RSD special edition comes with an exclusive 45 of Stormtrooper 'I'm A Mess'/'It's Not Me'.