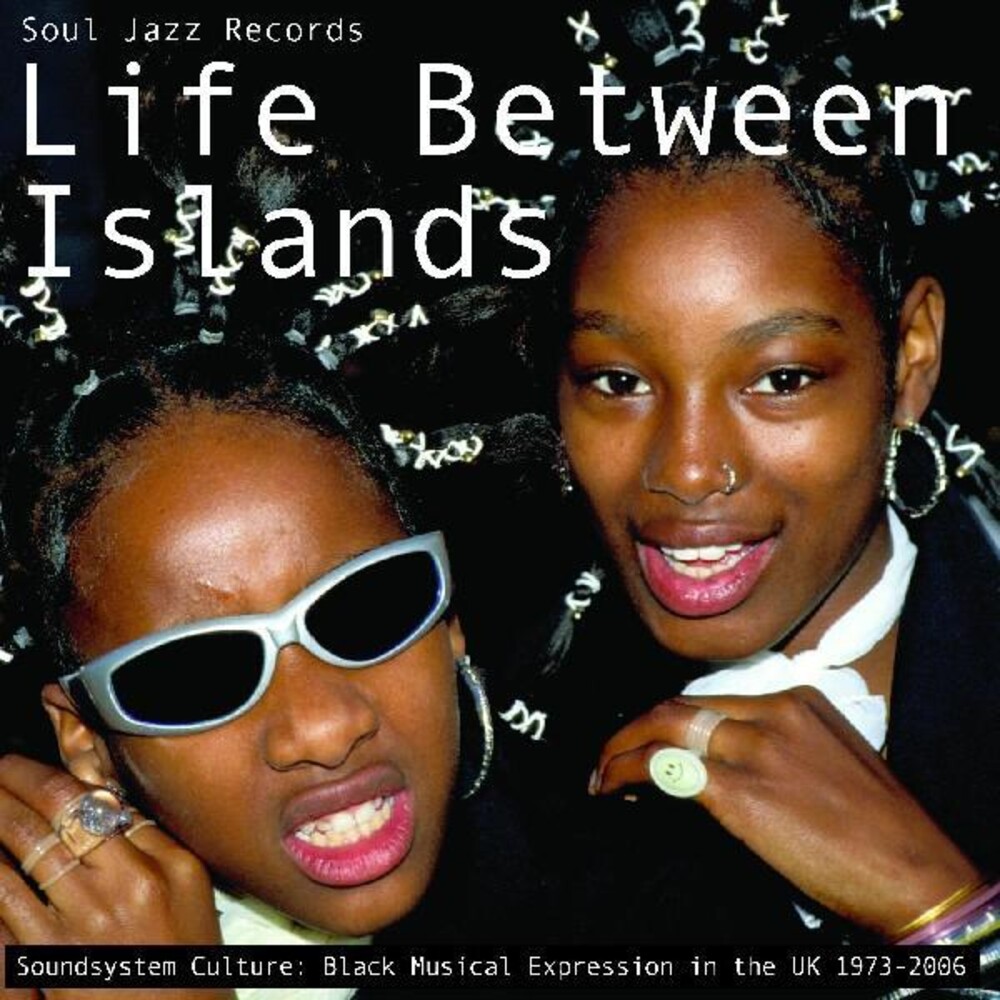 Two CD edition. Soul Jazz Records' Life Between Islands collection is inspired by the launch of Tate Britain's exhibition of the same name, exploring the links between Caribbean and British art and culture from the 1950s to now. The album focuses on the most important Black British musical styles to emerge out of the distinctly Caribbean world of sound systems, featuring an all-star line-up including Dennis Bovell, Shut Up and Dance, Cymande, Digital Mystikz, Brown Sugar, Funk Masters, Janet Kay, Ragga Twins ' a lightning-rod journey across Roots Reggae, Jungle/Drum & Bass, Jazz-Funk, Lovers Rock, Jazz and Dubstep. Many of the tracks represent how Black British artists defined their own identity, such as Brown Sugar's righteous 'Black Pride' and Tabby Cat Kelly's powerful 'Don't Call Us Immigrants'. Aside from being musically rooted in the distinctly Jamaican-born phenomenon of the sound system, much of this identity is also shaped by the triangular relationship of being British-born, of Caribbean heritage, and with an equal love of African-American Jazz, Funk and Soul, as evidenced with many Lovers Rock reggae covers of American soul tunes. This stateside influence can also be heard in groups such as the Funk Masters whose jazz-funk music successfully crossed over into New York's clubland, and the great Cymande, whose unique street-funk became staple material for numerous US hip-hop artists. In the early 1990s, jungle and drum & bass artists took the essence of reggae's soundsystem culture ' MCs, dubplates, crews ' and applied them to their own music, combining heavy reggae bass lines with intense double-speed drum breakbeats. At the new movement's forefront were Shut Up and Dance, working closely with The Ragga Twins. In the early 2000s, dubstep, spearheaded by Digital Mystikz, became the latest instalment in this ever-evolving soundsystem culture. This collection shows how these many styles were interconnected.