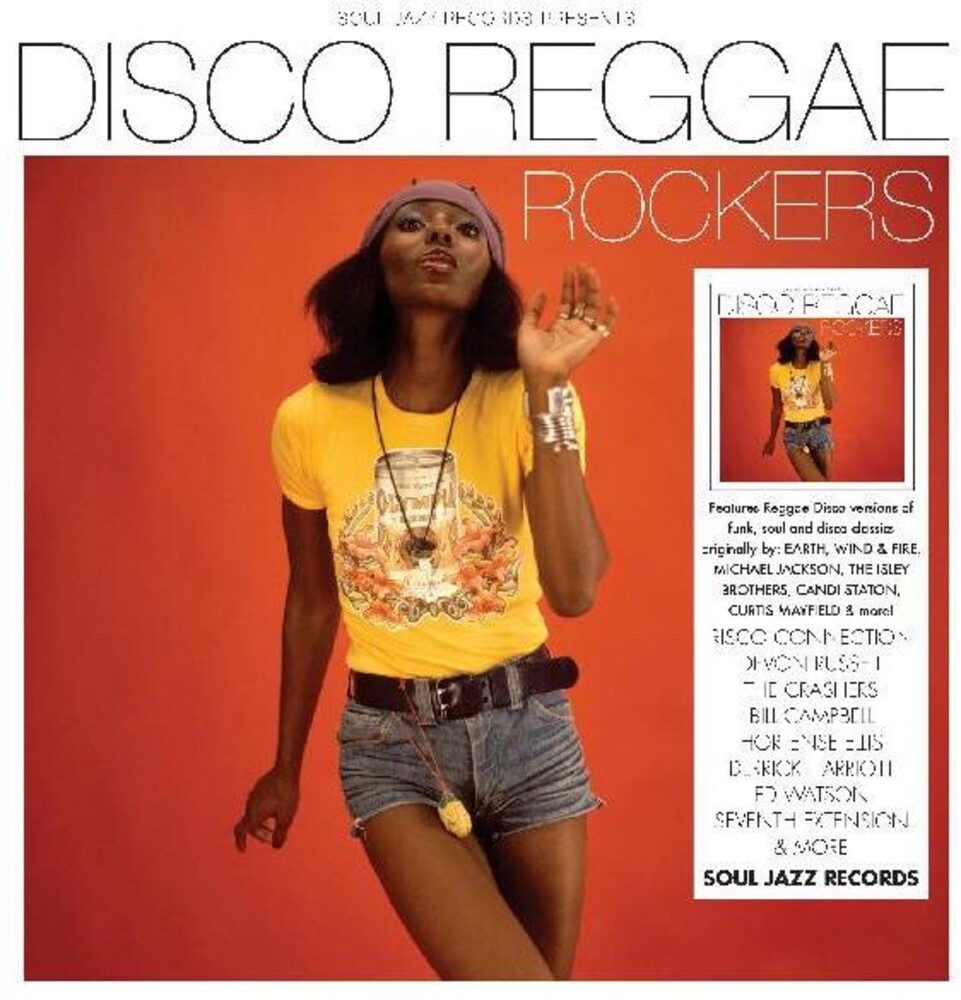 Disco Reggae Rockers features wicked reggae disco versions of funk, soul and disco classics! This new album follows on from Soul Jazz Records' earlier highly successful 'Hustle: Disco Reggae' and features reggae covers of classic songs by Earth, Wind & Fire, Michael Jackson, The Isley Brothers, Candi Staton, Curtis Mayfield and more as performed by Derrick Harriott, Devon Russell, Hortense Ellis, Glen Adams, Dave Barker and others. The lineages of American soul and disco music on the one hand and Jamaican reggae on the other are so intertwined that its unsurprising that disco reggae - or reggae disco if you prefer - is such a winning and straightforward combination. American and Jamaican music has been influencing each other back and forth for many decades, and is one reason that the music of Diana Ross, Curtis Mayfield, the Isley Brothers and numerous other US soul artists is so widely appreciated in Jamaica. // The most-straightforward definition of `Disco Reggae' is to describe it as American disco and soul songs covered by reggae artists. But the relationship is binary - this is no mere subservient island appreciation of North American dominant culture but instead an example of the interweaving thread of Jamaican and American music that travels back and forth between the major cities of Kingston, London, Toronto, New York, Chicago and Philadelphia. // Having said that all of the songs featured here are indeed cover versions of (or at least heavily based on) US soul and disco tunes. Curtis Mayfield, Diana Ross, Earth, Wind & Fire, Archie Bell, The Dramatics, Michael Jackson - the work of these artists resonated around the world and Jamaica was no exception. // Comes as a double CD edition with booklet.