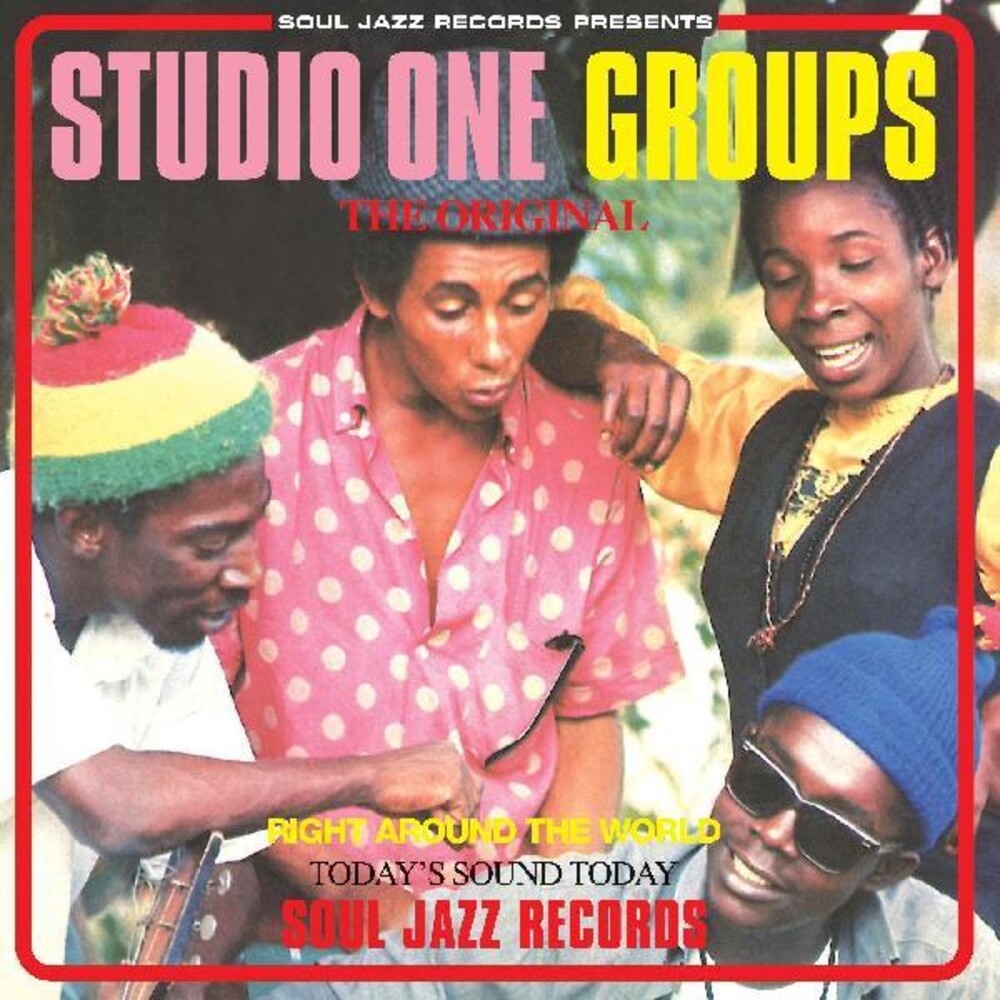 (Please call first)
DISC: 1
1. The Wailing Souls - Mr Fire Coal Man
2. Righteous Flames - Solid Foundation
3. The Gaylads - Give a Helping Hand
4. The Bassies - Things a Come Up to Bump
5. The Mad Lads - You Will Never Know
6. The Clarendonians - You Can't Be Happy
7. The Consumates - What Is It
8. Carlton and the Shoes - Happy Land
9. The Viceroys - the Struggle
10. The Maytals - I'll Never Grow Old
11. The Heptones - Get in the Groove
12. The Royals - Pick Up the Pieces
13. The Gladiators - Jah Jah Go Before Us
14. Bob Marley and the Wailers - Love and Affection
15. The Stingers - Down Presser International
16. The Cables - Baby Why
17. The Ethiopians - Owe Me No Pay Me
18. The Purpleites - the Pressure Is on
19. The Silvertones - Cheating and Lying

Soul Jazz Records classic Studio One Groups collection is now available as a new one-off limited edition red coloured CD anniversary pressing! 15 years on from it's original release Studio One Groups remains one of the toughest of all Soul Jazz/Studio One releases and features some of the biggest groups in the history of Reggae music including Bob Marley and The Wailers, Toots and the Maytals and The Heptones who all began their careers at 13 Brentford Road, under the guidance of the great producer and label owner Clement Sir Coxsone Dodd. Featuring many classic and killer tunes from The Wailing Souls, Carlton and His Shoes, The Gladiators, The Ethiopians, The Mad Lads and more. Studio One Groups brings together numerous classic artists alongside a number of rarities and delves into Studio Ones musical output in it's prime in the 1960s and 70s featuring Ska, Roots, Rocksteady, Dub and more. Clement Dodds role in launching and nurturing Reggae groups and singers is unsurpassed and Studio Ones success was due to Dodds ability to see talent, surround himself with it and nurture artists. Launching Bob Marley and The Wailers career also meant housing Marley in a flat in the studio compound and employing him in an A&R role, checking out the latest American soul and jazz 45s for Studio One artists to cover. In similar fashion Leroy Sibbles, lead vocalist with the Heptones, became the key in-house bass player after being taught from scratch by Jackie Mittoo. Studio One Groups were at the heart of the label's success. The sweet three-part harmonies, so close to the heart of Jamaican music, can be heard throughout every stylistic change of Reggae music Ska, Rocksteady, Roots and beyond - all of which are featured here in their vocalised glory.