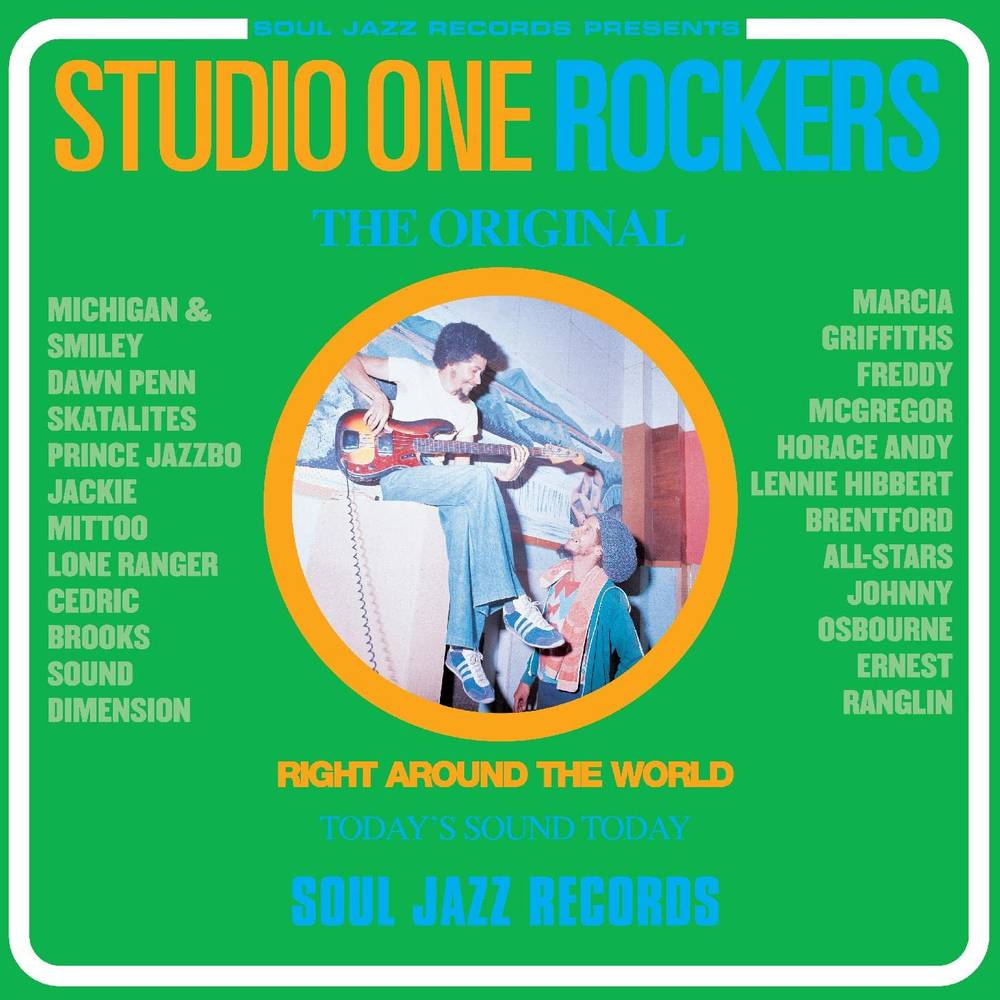 Owned and founded by Clement "Coxsone" Dodd, Studio One's output serves as a comprehensive guide to the history of Reggae music. The music on Studio One Rockers covers all areas of Reggae such as Ska, Rocksteady, Roots and Dancehall, all areas in which Studio One led the field.

Studio One Rockers features many legendary Studio One tracks brought together for the first time by Soul Jazz Records. From the beginning of Reggae, when the Skatalites developed a new sound of Ska in 1962 up until today, Studio One has been the number one innovator in Jamaican music.

Featured here are many of the classic tracks from Studio One. From Dawn Penn's legendary "No, No, No" to classics such as Horace Andy's "Skylarking" and Marcia Griffith's "Feel Like Jumping".

The Coxsone Soundsystem in the early 60s was one of the three main soundsystems operating in Jamaica alongside his competitors, Prince Buster and Duke Reid. The Studio One catalogue is possibly the largest in Jamaican music and this release is the first in a series of Studio One compilations on Soul Jazz Records.