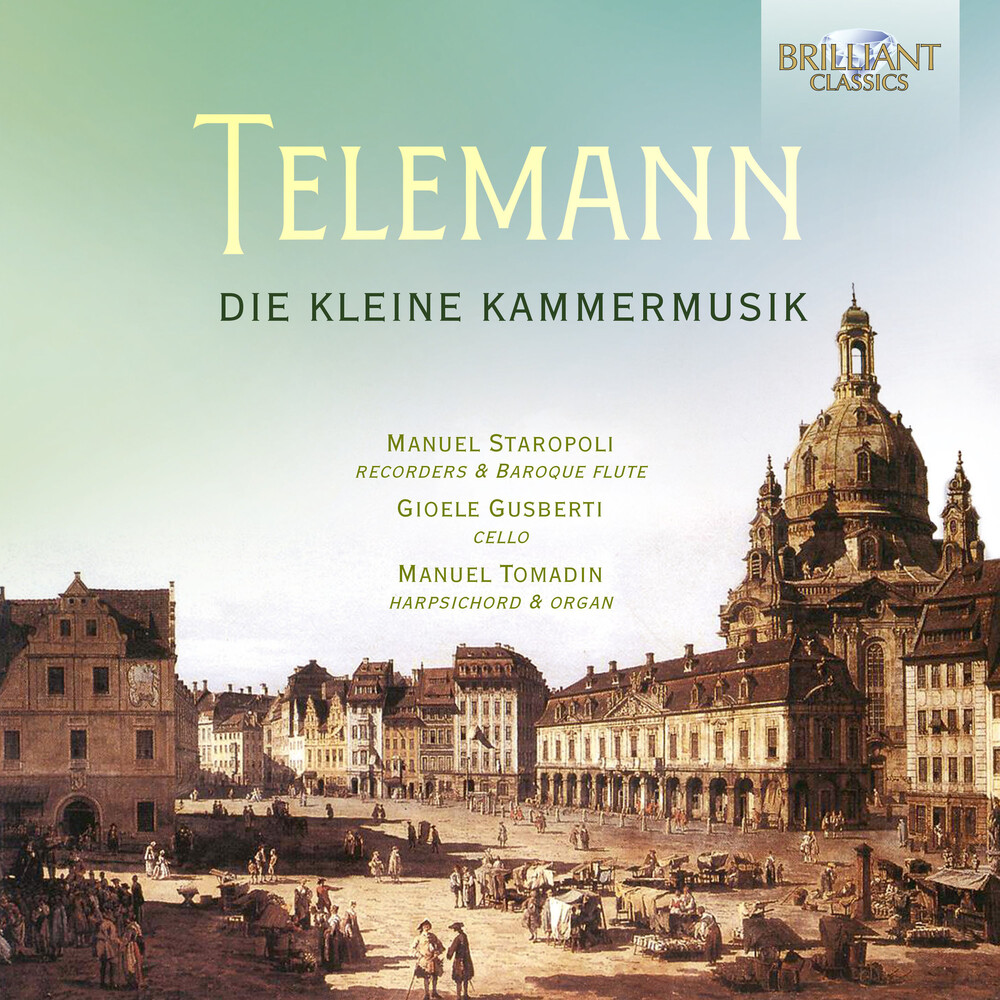 Telemann published the Kleine Kammermusik in 1716 in Frankfurt: his second published collection, intended for performance equally with violin or flute. His preface indicates that these pieces share a light and cantabile style particularly tailored to amateur performers on their respective instruments, with relatively narrow intervals in the solo part. Nonetheless, their unfailingly stylish melodies invite performance by professionals such as this trio of Italian musicians, experienced in period-instrument performance and with a catalogue of distinguished albums on Brilliant Classics to their credit. The dance movements in each of the six Partitas are quintessential Telemann: brief, unaffected by false intensity even in the three minor-key works, always infused with a lively appreciation of harmony, beautifully proportioned structures and voice-leading that enables each voice of the counterpoint to be heard at any point. Telemann himself advertised the lack of chromaticism with charming candor: 'I also cultivated the brevity of the Arias, partly to preserve the energy of the performer and partly to avoid boring the listener's ears due to the length... Finally, I have tried to present something that could meet everyone's taste.' In this it can be conclusively said that he succeeded. The most recent collaboration of these fine musicians was a Brilliant Classics album of recorder sonatas by Marcello, Vivaldi and Bellinzani (96052) which attracted critical praise both for the rarity of the repertoire and the idiomatic finesse of the performances.