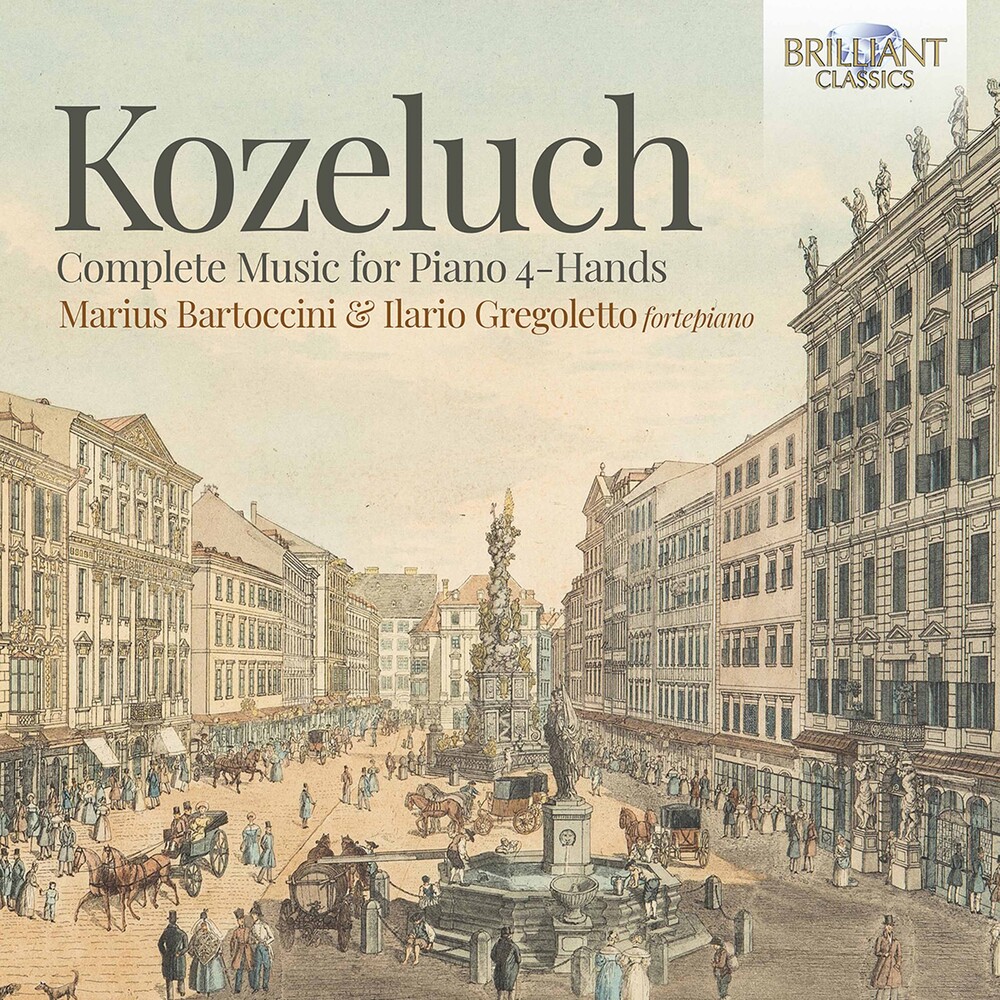 The recent Kozeluch revival, featuring recordings of his solo, chamber and orchestral music, has demonstrated his status as one of the most important figures in the whole of Viennese Classicism. This double album dedicated to Kozeluch's works for fortepiano four-hands provides further confirmation of his compositional mastery, on a level bearing comparison with his contemporaries. Leopold Antoniìn Kozeluch was born on 26 June 1747 in Velvary, to the north-west of Prague. He began his musical career in 1771 as a composer of ballet music and in 1778 decided to abandon the study of the law and to move to Vienna, where in a short time he was able to establish himself as a composer and performer thanks to his indisputable musical qualities and his ability to cultivate good relations to sustain and expand his activities. Building upon stylistic influences inherited from his teacher Frantisek Xaver Dusek (the first Czech composer to approach the four-hands piano genre in a manner neither frivolous nor didactic), Kozeluch committed himself to composing for keyboard duo, raising it's aesthetic and technical level and contributing to the evolution of a concert hall repertoire worthy of the same attention as solo sonatas. The large-scale works were recorded on an original fortepiano constructed in Vienna by Johann Schantz in the early years of the 19th century and therefore contemporary with Kozeluch. The Duo Op.19 and Trio Sonatas Op.12 Nos. 1 and 2, with their domestic character, were recorded on the Longman & Broderip square piano, a type of instrument extremely popular in the households of the day and therefore appropriate for Hausmusik.