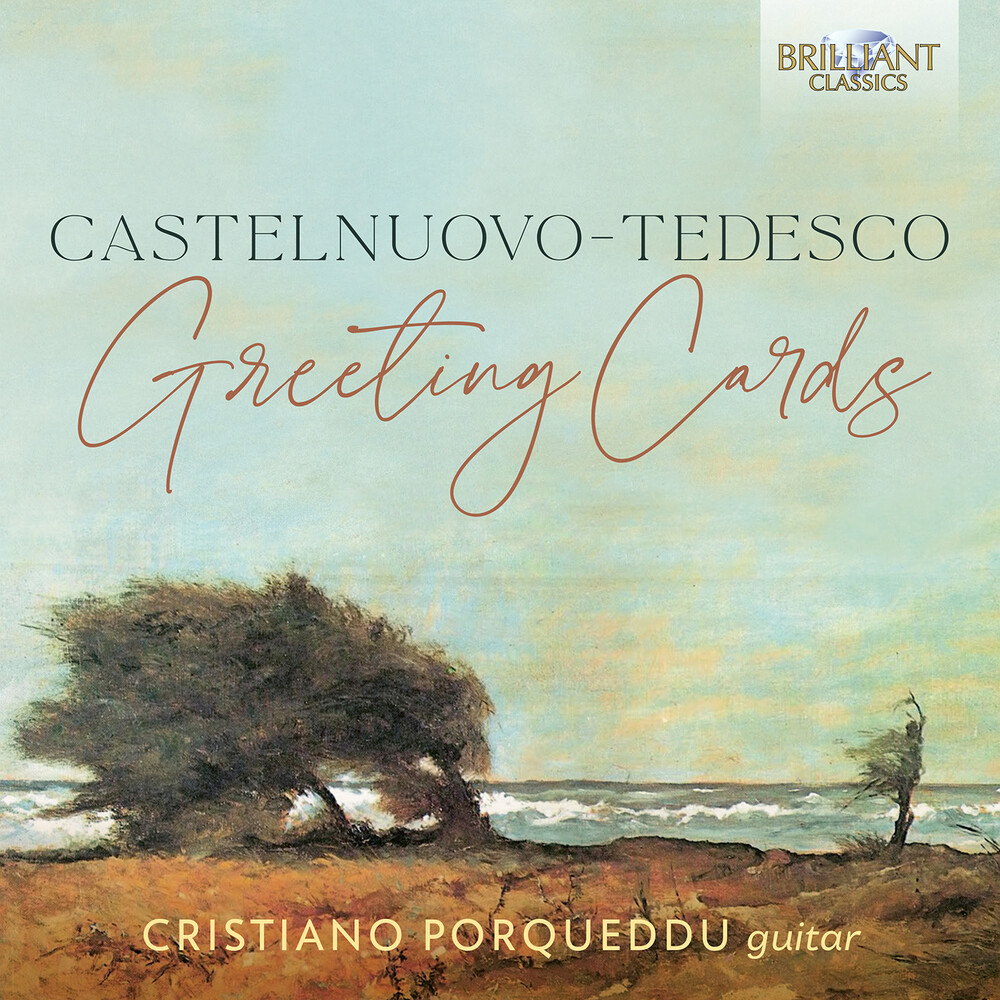 Between 1953 and 1967, Mario Castelnuovo-Tedesco (1895-1968) wrote 53 works for various instrumental ensembles that were collected together as Opus 170 and given the title Greeting Cards. Castelnuovo-Tedesco described them as 'alphabetic pieces': he derived their musical themes derived from ascending and descending chromatic scales, in which each note is combined with a letter of the alphabet. On this new album, Cristiano Porqueddu plays the 21 Greeting Cards composed for the guitar. They are small, unexpected homages that Castelnuovo-Tedesco liked to give his friends, to musicians who played his works, to his pupils and occasionally also to people who were not musicians. He later declared them to be minor works, but each of them is filled with affection, regardless of the professional status of the subject. In this imaginary gallery there are thus portrayals of legendary musicians such as Jascha Heifetz and Andrés Segovia alongside several of his students, including André Previn, Christopher Parkening and Eugene Robin Escovado. Castelnuovo-Tedesco made each Greeting Card a vivid portrait of the dedicatee, usually by combining rhythms and atmospheres that reflected nationality, as with the Tonadilla sul nome di Andrés Segovia or the Canción venezolana sul nome di Alirio Díaz. However, there are also more abstract references, such as the Rondel on the name of Siegfried Behrend (No.6) or evocations generated by the name itself: the Fantasia sul nome di Henry e Ronald Purcell (No.38), for instance, or the Volo d'Angeli sul nome di Angelo Gilardino (No.47). What they all have in common is a depth of feeling that transcends their superficial status as 'occasional' pieces.