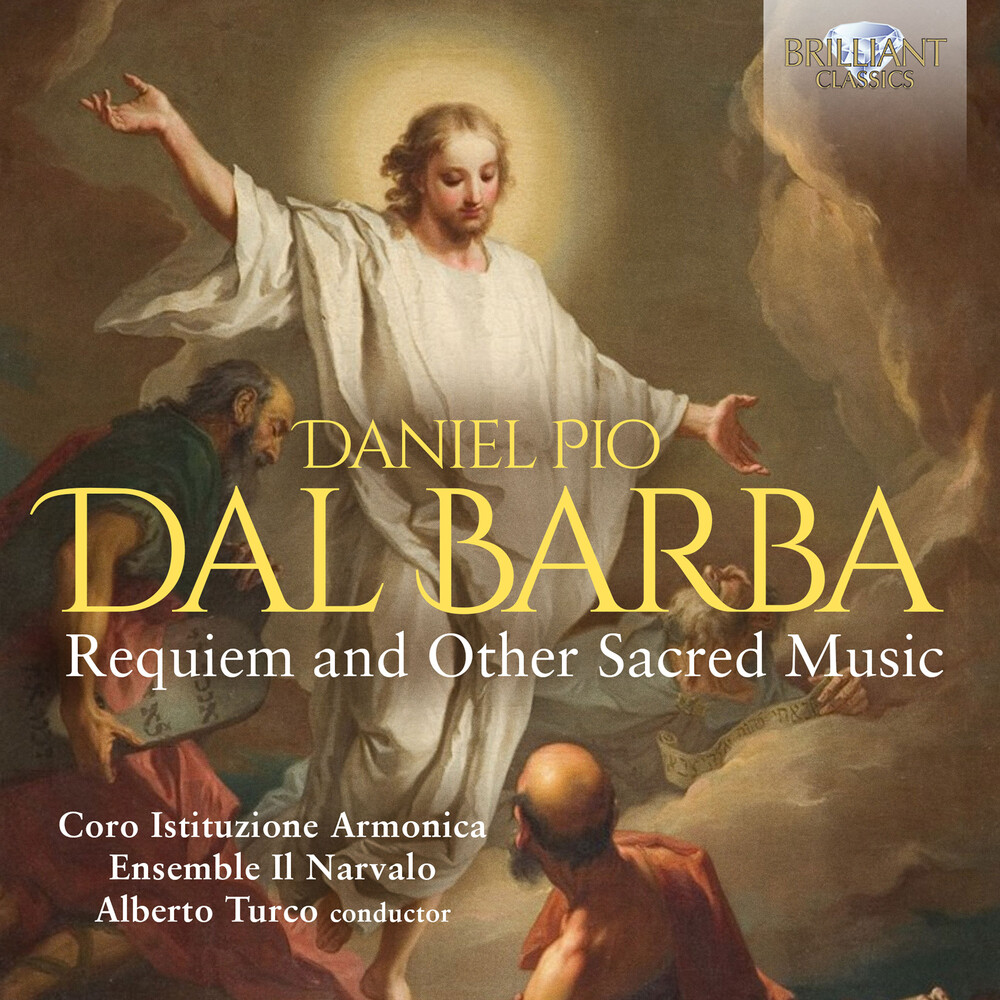 Daniel Pio Dal Barba (1715-1801) was Maestro di Cappella at Verona Cathedral, a position he took up in 1762. Before this, he taught at the Accademia Filarmonica in Verona where, on 9 January 1770, he met Wolfgang Amadeus Mozart, who was visiting the city. He enjoyed already a successful career as a composer of operas for two theatres in Verona. There are also numerous references to his work at other theatres in the Veneto and Trentino regions, where he was both a composer and male soprano. Dal Barba's music was highly appreciated for it's spontaneous and popular character. He introduced a simple style into the church, far from learned academicism but above all aimed at the common people, pleasing, melodious and harmonious. This new recording presents Dal Barba's Requiem, a substantial and dramatic work in which the Dies Irae alone lasts 20 minutes. Also included are a Gloria and a Te Deum. These works are performed by the Coro Istituzionale Armonica, which was founded in 2018 by Alberto Turco in order to perform works by composers that have come to light in the archives of Verona Cathedral. Accompanying them, the ensemble Il Narvalo has already won critical praise for it's Brilliant Classics album of music by the Spanish composer, Juan Frances de Iribarren (95859)