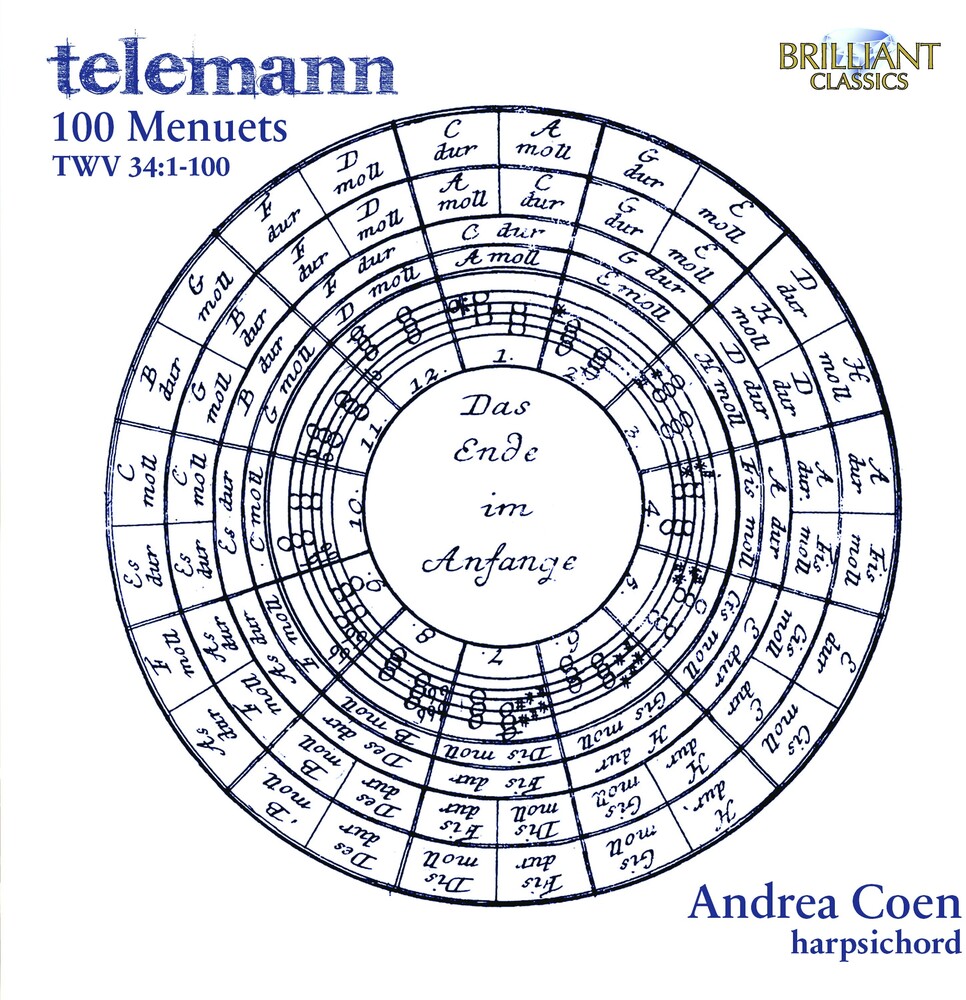 Georg Philipp Telemann (1681-1767) composed two sets of "Seven times seven plus one Menuet', resulting in the total of a hundred Menuets. It is not certain what Telemann meant with this numerical title, most likely the biblical holy number 7 plays an important part in it. Telemann's menuets are well-crafted miniatures of sixteen to forty measures; those of the second collection are generally briefer than those of the first. In both collections, the keys are arranged alphabetically. With few exceptions, the dances are unvarying in their two-reprise structure and four-measure phrasing. Andrea Coen is an organist, harpsichordist, and fortepianist, who has studied with such distinguished artists as Ton Koopman and Alan Curtis, and has collaborated with such figures as Christopher Hogwood and Monica Huggett. His recordings of Baroque and early-Classical keyboard repertoire for Brilliant Classics have attracted glowing reviews. Coen recorded the "Kleine Kammermusik" and made the first complete recording of Telemann's Fantasias (94228). According to MusicWeb International: 'Coen, an experienced, insightful instrumentalist with a profound knowledge of historical performance practice and a sackfull of important recordings under his belt, could make Telemann sound special even on a typewriter.' Andrea Coen about these 100 Menuets: "The most exciting thing, in this journey of a hundred stages, was to find in each individual minuet a unique and unrepeatable sense of originality: a hundred miniatures that compose a kaleidoscope as rich and coherent as was ever heard".