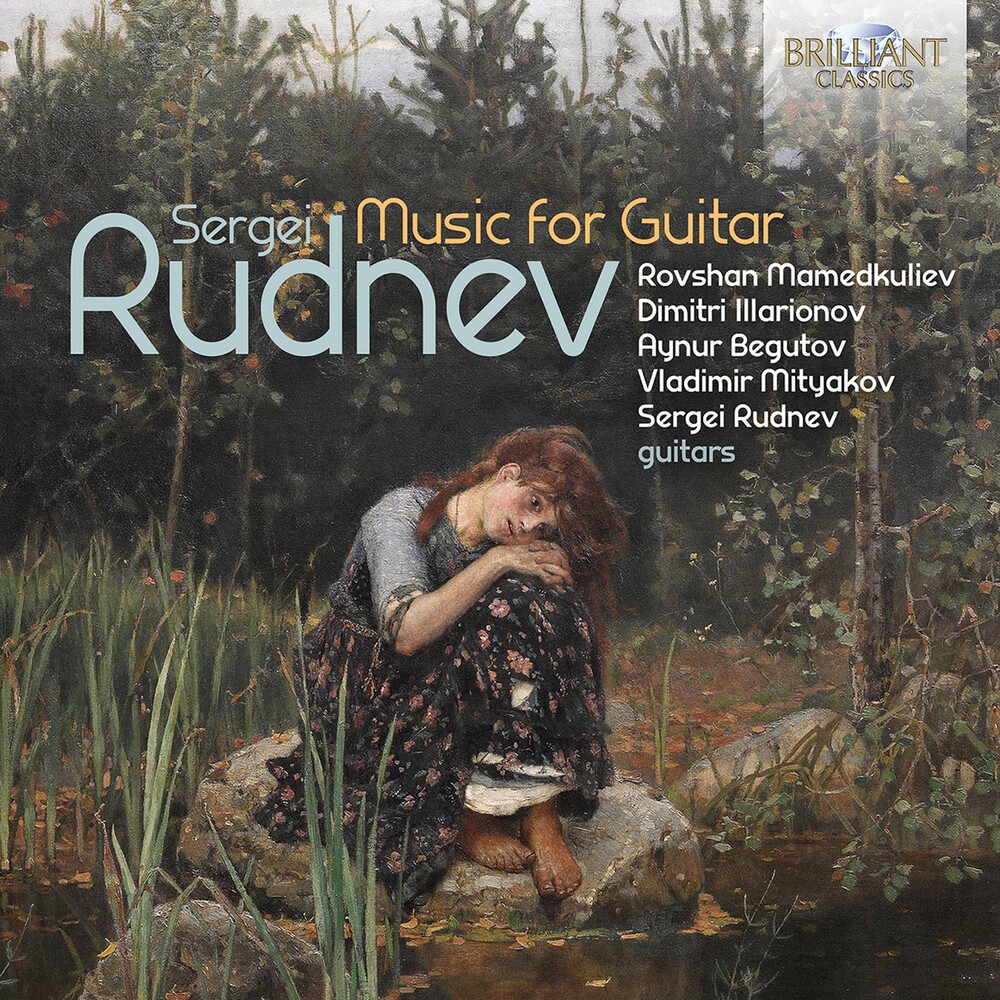 Russian guitarist and composer Sergei Ivanovich Rudnev was born in 1955 in Tula. In 1975 he graduated in the accordion and balalaika class of Tula's "Dargomyzhsky" Conservatory, and while attending this school he studied guitar with A. Slavsky and P. Panin in Moscow. On completion of these studies he was transferred to the Garrison Military Orchestra, where he served as an assistant conductor and learned to play the flute, percussion instruments and harmonica and was trained in arranging for pop orchestras. In the 80s Rudnev worked as musical director of various rock and jazz groups and accompanied various singers. Around the same time, he mastered symphonic arranging and studied composition with O. Feltsman and M. Tariverdiev. By the beginning of the 80s Rudnev had already written more than a hundred compositions for classical guitar and had begin a career as a concert guitarist. In 2015 Sergei Rudnev was named a Russian 'National Treasure', and numerous publications on his life and work hail Rudnev as 'the soul' of Russian guitar, a legend, a multi-instrumentalist and one-of-a-kind researcher. 2018 saw the publication of Russian Guitar Composers of the 19th Century, in which music written for Russia's native seven-string guitar was arranged for classical guitar for the first time and thereby made accessible to the guitar community of the entire world. Rudnev's compositions are played literally all over the world by both Russian and Western musicians, and the success of his music is now comparable to that of classical guitar luminaries such as H. Villa-Lobos, A. Barrios and F. Tárrega. His sincere and boundless love of Russian culture, deep knowledge of the developmental history of both the classical and the seven-string guitar and compositional innovation in a varied range of musical styles (from folk to jazz) have all contributed to Rudnev's unique place in the guitar pantheon.