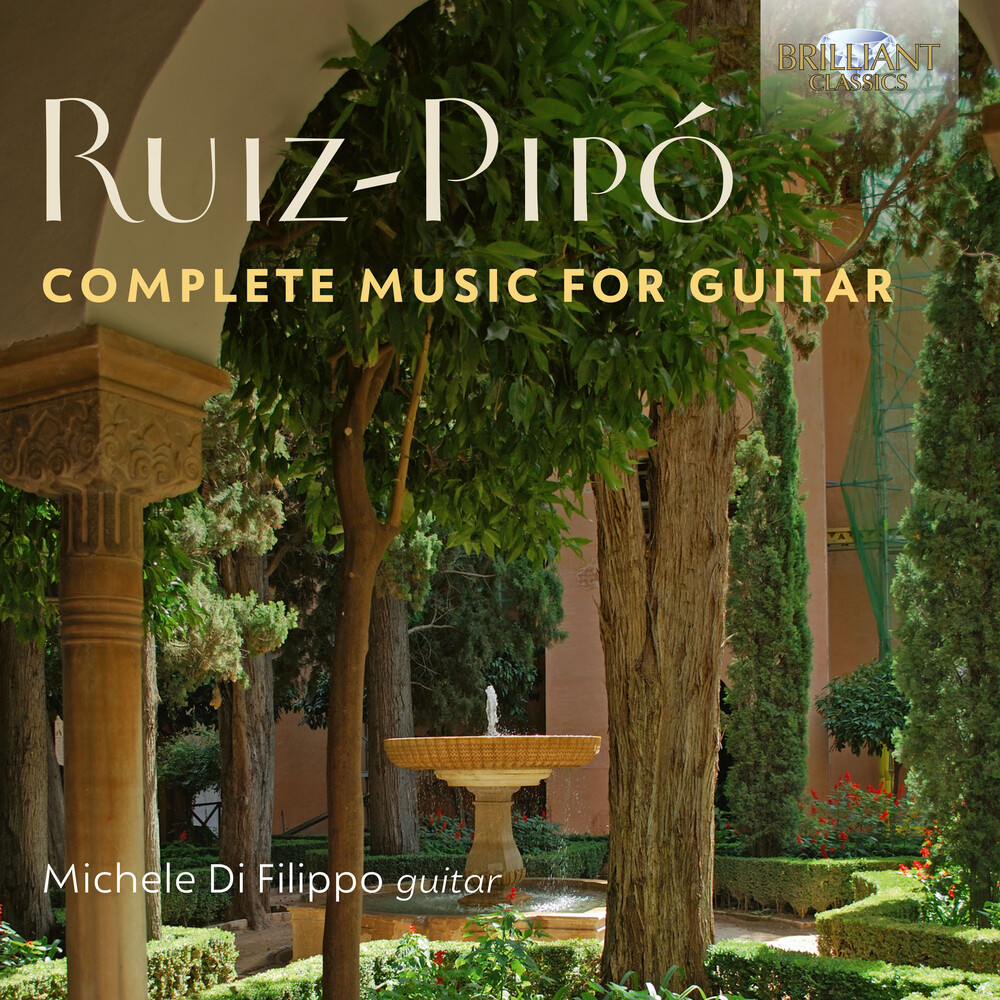 Born in Granada, Antonio Ruiz-Pipó (1934-1997) learnt the guitar in his youth but trained as a pianist. He began his studies in Barcelona at the Escolanía de Nuestra Señora de la Merced. In 1948 he enrolled at the Frank Marshall Academy, named after the Granados pupil who had himself trained a generation of Spanish pianists, most renowned of them Alicia de Larrocha. Ruiz-Pipó duly became a student of de Larrocha, as well as learning the craft of composition with José Cercós. The turning point of his career arrived in 1951, when he received a scholarship from the French government to study in Paris. Enrolled at the École Normale de Musique de Paris, he studied with Alfred Cortot, Blanche Bascouret de Gueraldy and Yves Nat. This new recording presents Ruiz-Pipó's complete works for guitar, unmistakably Hispanic in character, but seamlessly integrated within his own, distinctive musical language. Elements of the Spanish folk tradition bridge the divide between a tonal-modal center and the prevalence of free atonal chromaticism. Born in 1994, Michele Di Filippo studied with guitar luminaries including David Russell, Adriano Del Sal, Stefano Palamidessi, Arturo Tallini, Massimo Delle Cese, Andrea Pace, and Cristiano Poli Cappelli. He is also widely known as a successful composer, mostly for his own instrument, the guitar.