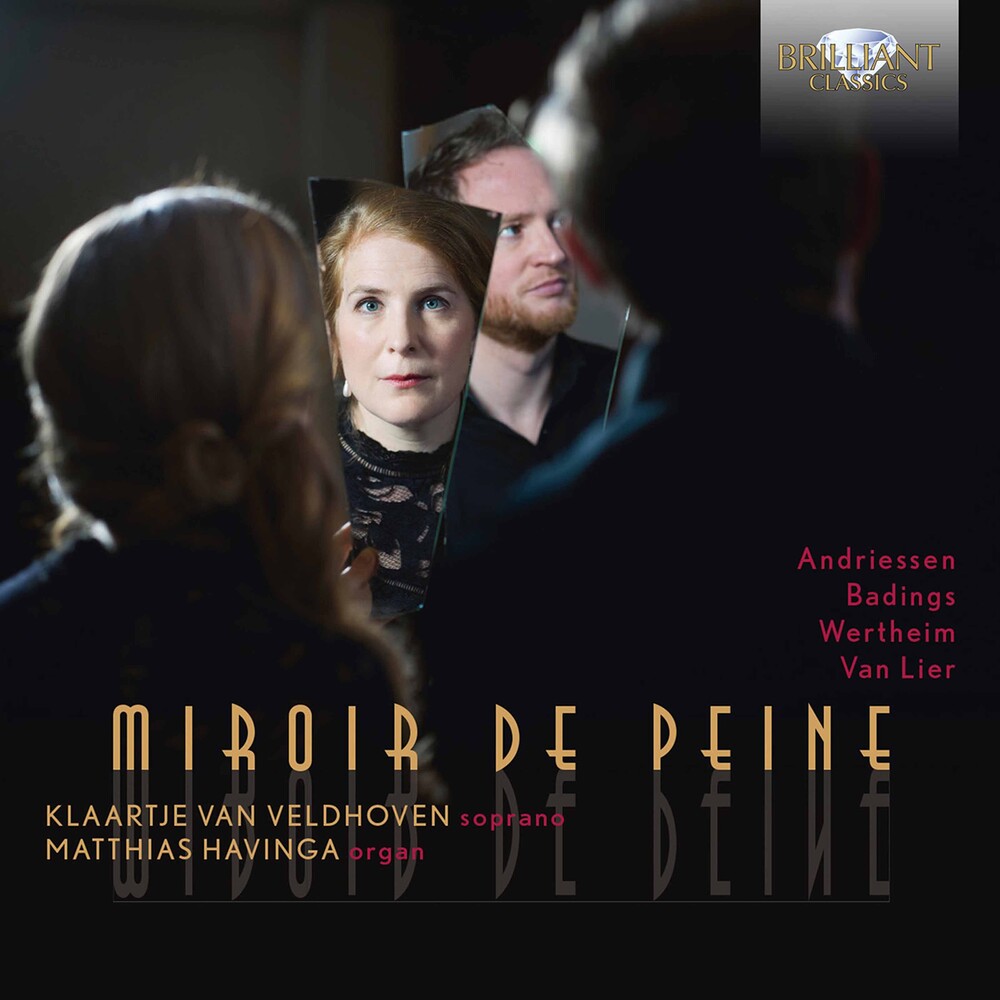 In Miroir de Peine, five stages of the Agony of Christ are viewed from the perspective of Mary, mother of Jesus. Composed in 1923, Hendrik Andriessen's settings of poems by Henri Ghéon eschew both Romantic and modernist tropes of the time in favour of a meditative consideration of intimate, mystical simplicity. This quality is shared by his later setting of a Paul Claudel text, La Sainte Face. In the midst of the Second World War, imprisoned in an internment camp by Nazi occupying forces, Andriessen then made a devotional setting of a medieval Marian text, Maria, schone vrouwe', as a wedding-anniversary gift to his wife. The consciously archaic style of this prayer for aid conveys an intimate yearning, while his Sonata da Chiesa for solo organ employs a more chromatic language despite the neoclassical origins of the form. In search of companion pieces for Miroir de Peine, Klaartje van Veldhoven and Matthias Havinga turned up the music of Rosy Wertheim, a Dutch-Jewish pianist, teacher, writer and composer who organised covert concerts in the cellar of her home in Amsterdam during the Occupation. Like Andriessen, she also set Magna res est amor, a hymn in praise of love by Thomas a Kempis. Just as Miroir de Peine is heard here in a version with solo organ rather than the original string-orchestra accompaniment, Wertheim's accompaniment for violin and viola has been adapted for solo organ by Matthias Havinga. Havinga has also transcribed the piano part of Vrijheid, a neoclassically styled ode to freedom composed at the end of the war by Bertus van Lier. Between the vocal items on the album, he interleaves solo-organ pieces by Henk Badings including an early Toccata and two densely woven preludes and fugues.