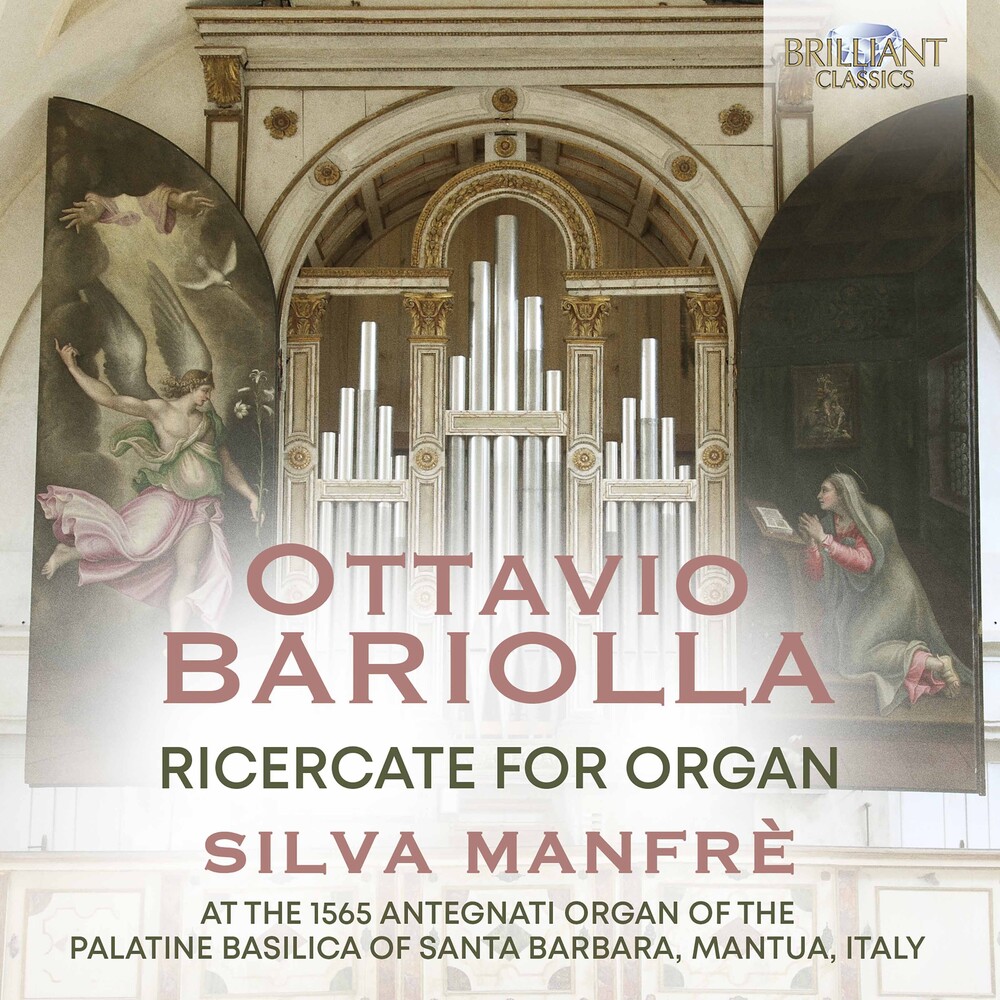 'Ottavio Bariola represented absolute musical perfection. The organs of the [church of] Madonna di San Celso are honoured to have passed through the hands of such an excellent performer. His listeners rejoiced while he pressed the keys, and the original way he moved up and down the keyboard provided an earthly imitation of the harmony of heaven.' This rapturous description, provided by the abbot Filippo Piccinelli in his work L'Ateneo dei Letterati Milanesi (Milan, 1670), provides a good summary of all the biographical information available for the organist and composer Ottavio Bariolla. The organist and organ builder Costanzo Antegnati, son of the renowned Graziadio Antegnati who built the organ for the church of Santa Barbara in Mantua played on this recording, bears witness to the fact that Bariolla was still alive in 1608, naming him in his Arte Organica (Brescia, 1608) as one of the many 'illustrious and most excellent composers' that inspired him to write his treatise. The only copy currently known of Ottavio Bariolla's Ricercate per sonar d'Organo (the original has been lost) is contained within the German organ tablature held in the Biblioteca Nazionale di Torino (Fondo Giordano 8). This tablature, which has been dated to between 1637 and 1640, was drawn up by scribes working in southern Germany and is the largest manuscript source of keyboard music, featuring an incredible 1770 compositions. Bariolla was one of the first composers in the prime of the ricercar to break away from monothematic composition, preferring to use multiple themes in his Ricercate and therefore pre-empting the direction taken by his successors, including Giovanni Maria Trabaci, the best-known composer of the Neapolitan school, and Girolamo Frescobaldi.