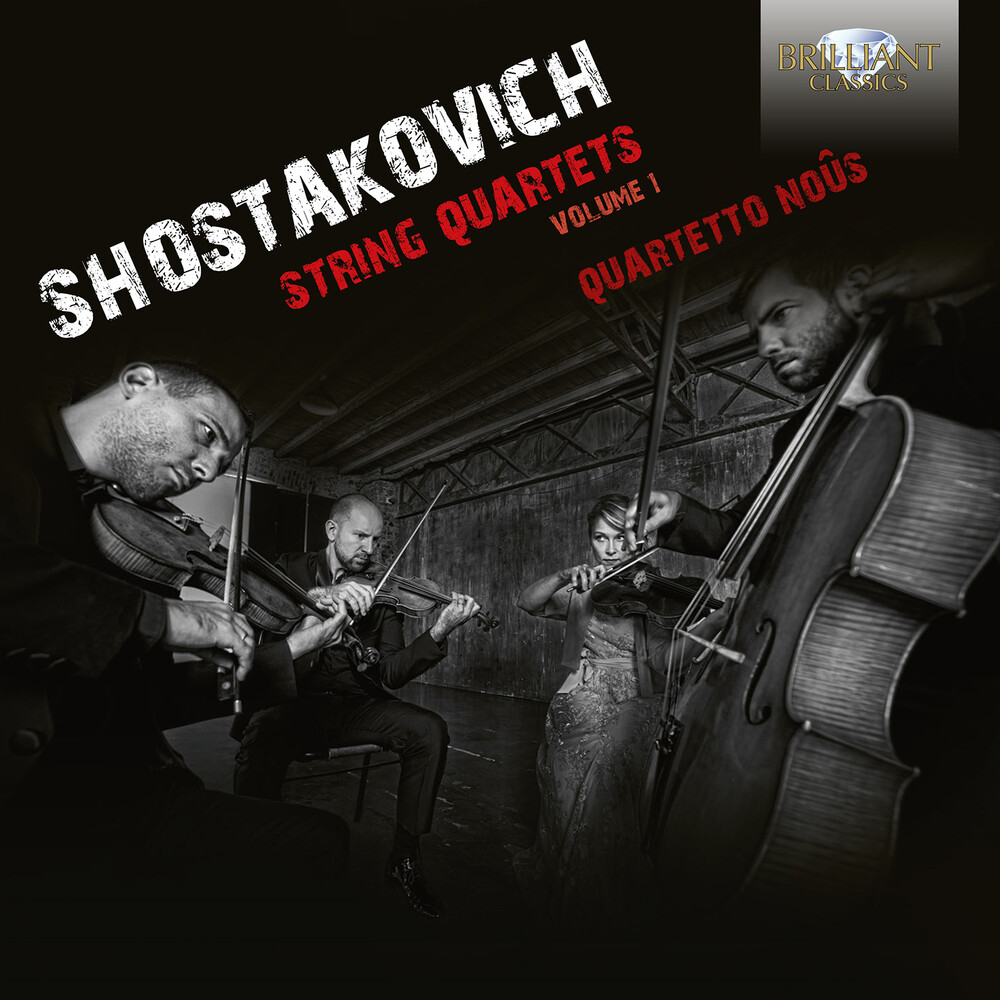 Unchanged since it's formation more than a decade ago, the Quartetto Noûs has made albums for the Amadeus label and the Italian division of Warner Classics, but this is the ensemble's first recording to receive international distribution and attention. Having studied with the Quartetto di Cremona but also quartet luminaries such as Gunter Pichler and Rainer Schmidt, they combine an Italian warmth of collective sonority with the incisive musical instincts of modern-European schools of quartet playing. Pesenting five of Shostakovich's best-known quartets, this volume presents the first in a projected series of the complete quartets for release on Brilliant Classics. Contemporaneous with the postwar Ninth Symphony which attracted censure for it's unsettling humor, the Third Quartet of 1946 remained one of the composer's own favorite works, and it's five-movement form dives deep into dark waters before finding uneasy rest in one of Shostakovich's most characteristically edgy finales. It was following the death of Stalin in 1953 that several of Shostakovich's works began to feature his musical monogram, DSCH transliterated into notation, and the Fifth Quartet is one of the first such pieces. The contrapuntal working of the quartet makes it one of the most satisfying in the cycle, while the Seventh presents the composer once more as oddball clown, the Fool to the King Lear of the Eighth Quartet, where the DSCH motif finds a tragic apotheosis. The five-movement form once more serves Shostakovich well in the Ninth but signs of his refined and austere 'late style' begin to appear in the solemn simplicity of the slow music and the pithy exhilaration of the finale, which is almost a quartet in itself and the most Bartókian movement of the entire cycle.