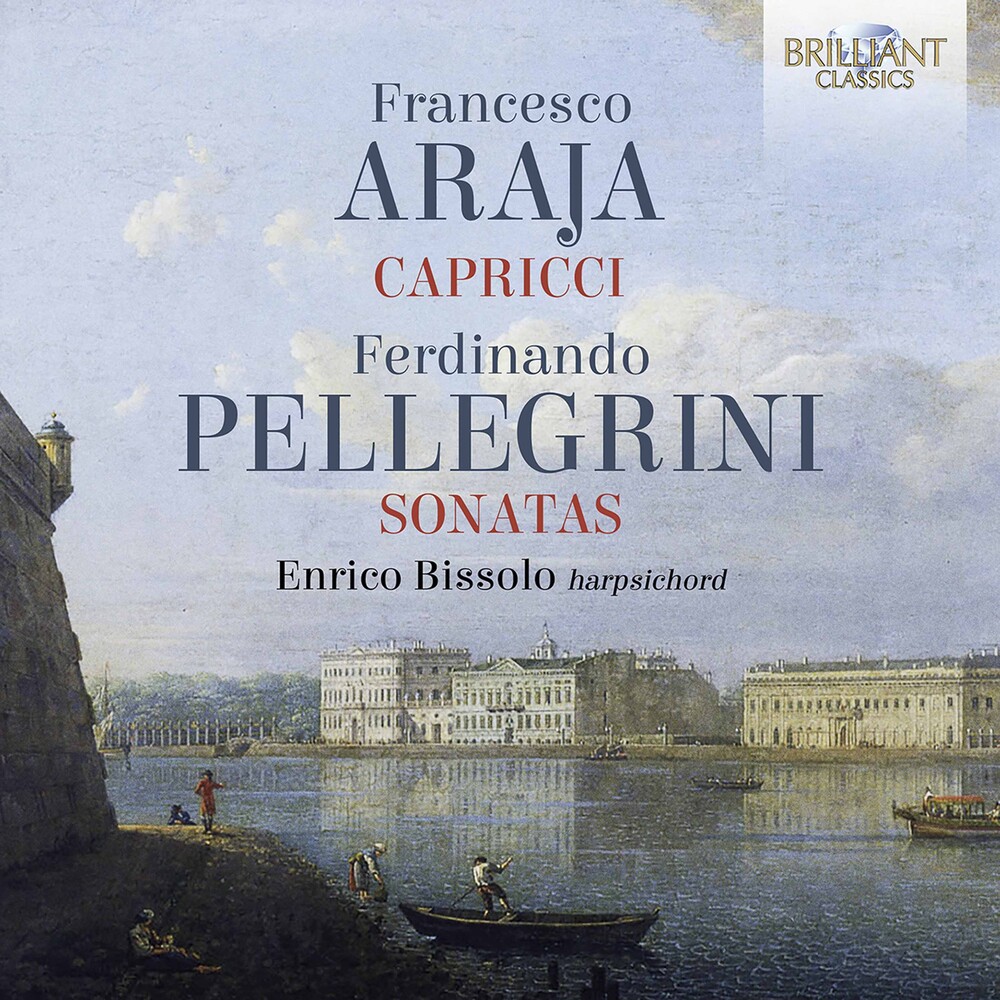 This recording provides a comparison of the keyboard music of two composers born in Naples whose careers took them beyond national borders. Francesco Araja was born in 1709 and became capellmeister and court composer to Tsarina Anna in St. Petersburg; Ferdinando Pellegrini whose birth probably dates back to 1715, lived and worked in Lyon, London and Parisa. While Araja's life and musical production are essentially tied to the theatre, he achieved fame through sacred music. The turning point in Araja's career came with an offer from the Neapolitan violinist Pietro Mira to work in St. Petersburg as a court musician. He was also named choirmaster upon his arrival in Russia, a position he held for many years. His musical production, apart from the operas and cantatas he composed for the Russian court, consists of an oratorio and a collection of Capricci for the harpsichord. The latter, featured on this recording, are extremely free compositions with a varied character, sometimes brilliantly virtuosic. In the absence of well-defined musical form, they consist rather of a series of episodes, or tableaux, with the common thread being the compositional skill through which Araja demonstrates his deep knowledge of the instrument and it's performing technique. Details on Pellegrini's life are scarce. After his birth in Naples there are traces of a relocation to Rome, where the records of the Accademia di Santa Cecilia document his enrolment in 1743. After Rome, Pellegrini moved to France. Further testimony places Pellegrini in Paris (until 1762) in the serviace of Alexandre Le Riche de la PouplinieIre. La PouplinieIre's brother-in-law, the Abbeì de Mondran, wrote of Pellegrini as "a true demon at the keyboard". Pellegrini composed a series of sonatas for solo harpsichord. The style is galant, characterized by elegant phrasing, melodic invention and repetitive accompanimental formulas.