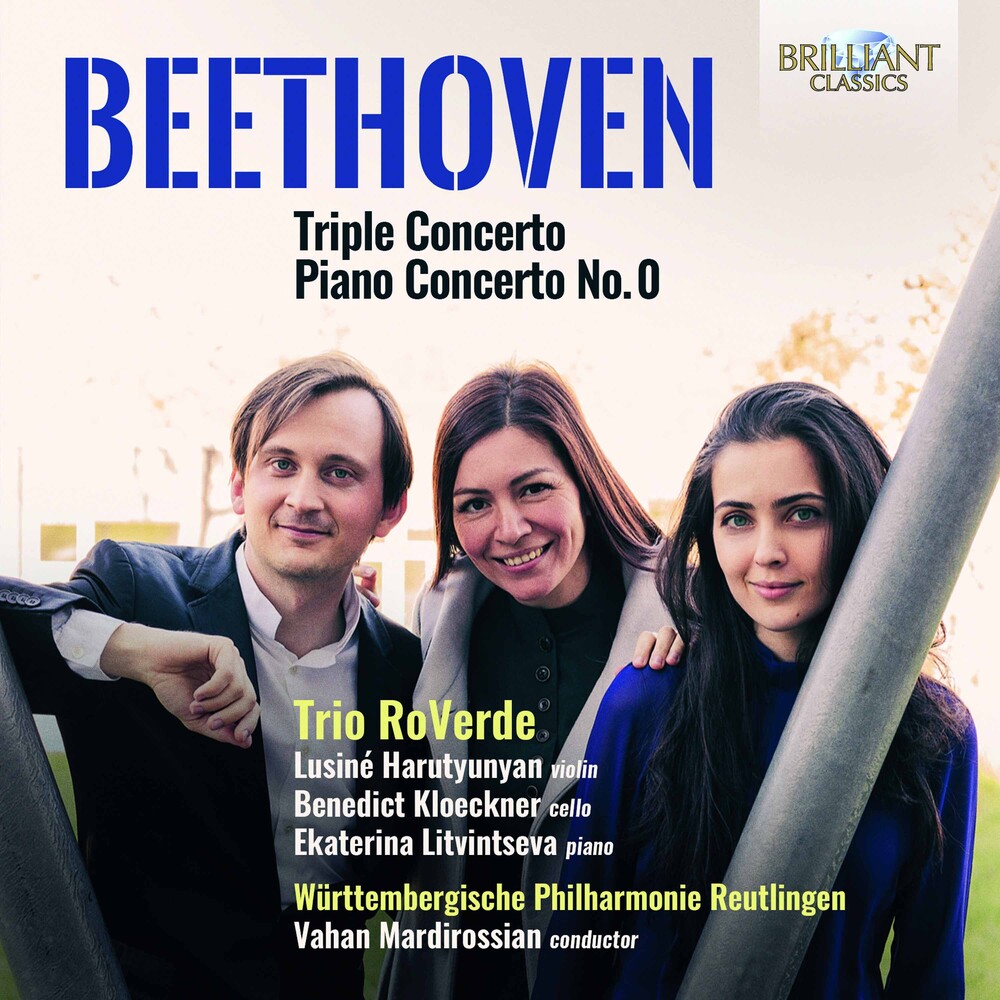 Beethoven's Triple Concerto Op.56 for piano, violin, cello and orchestra was unique in the musical literature, and he knew it: he proudly wrote to his publisher that the combination of a piano trio with an orchestra was entirely new. But the innovations go beyond the combination of concertante instruments, extending as well to the importance accorded the orchestra, elevated to the status of an equal, symphonic protagonist alongside the three solo parts alone, in all possible pairings and as a threesome. This was new, and the audience was indeed perplexed when the work was first performed in Vienna in May 1804. There is no indication that the concerto was performed a second time during Beethoven's lifetime. The Piano Concerto in E-flat "Number Zero" (WoO 4) is a work rarely performed and therefore practically unknown to the wider public. Written by Beethoven in 1784, at the tender age of 14, it comes down to us as an unsigned 32-page manuscript with the author's corrections: the solo piano part and the piano reduction of the orchestra parts are completely preserved, but the orchestral score itself has been lost. This manuscript was discovered in 1890 in the archives of the Artaria Foundation and was transferred to the Berlin State Library. It was published that same year by Breitkopf und Hartel. Beethoven researcher Willy Hess later restored the orchestral parts on the basis of the preserved material. The first outing of this careful, accurate work was given in 1934 by the pianist Walter Frey in Oslo (first part only), and the complete reconstruction was performed in 1968 at London's Queen Elizabeth Hall.