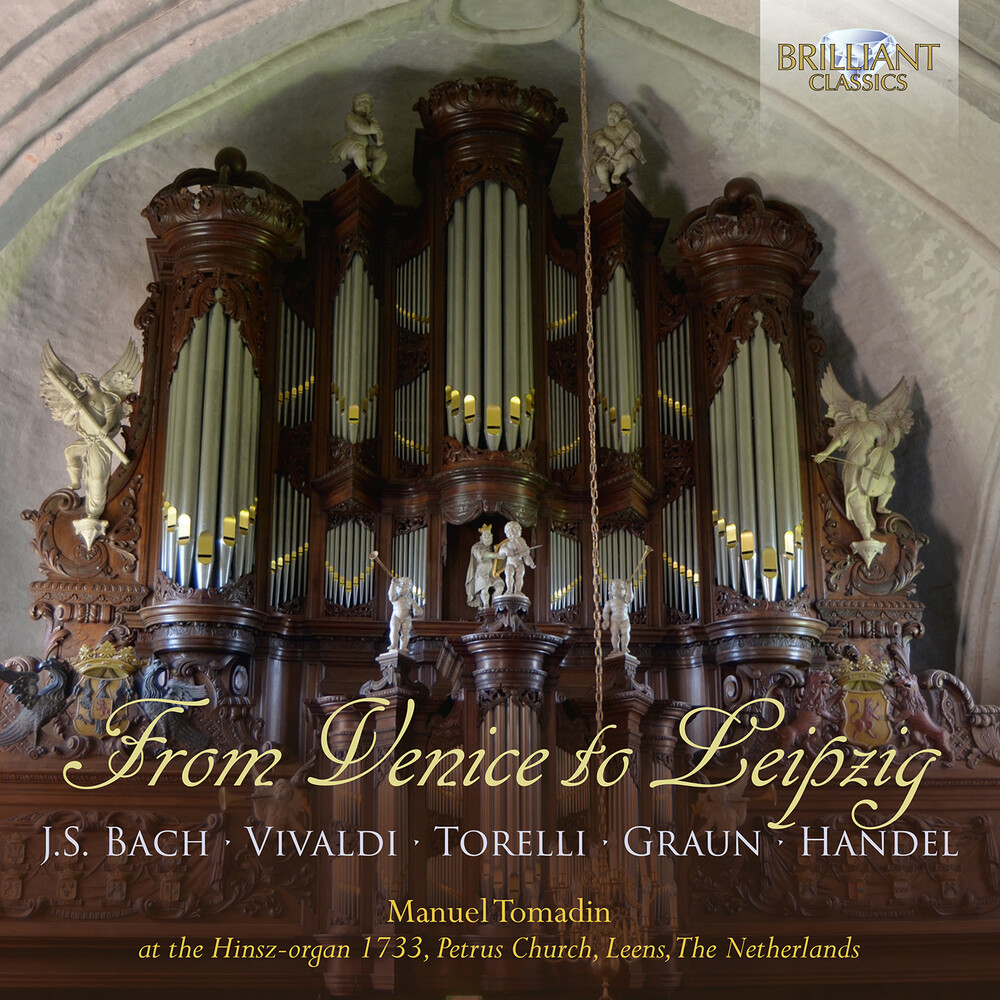 Whether or not they actually travelled south of the Alps, as Handel did early in his career, all 18th-century German composers of note were influenced by the Italian style of vocal and instrumental writing at the time. Manuel Tomadin's latest album for Brilliant Classics explores the connections between these apparently disparate traditions, beginning with the Toccata, Adagio and Fugue BWWV564 which stands among the most striking examples of JS Bach's work during his years as Capellmeister to the ducal court in Weimar (1710-1717). The Italian qualities of the concerto-like nature of the opening Toccata in BWV564 and then the pathos of the Adagio, with it's walking bass and Neapolitan harmonies, are underlined by the following transcription made by Bach of a Vivaldi Concerto, the A minor RV522, and then Walther's transcription of a concerto by Torelli. Just as Bach was later influenced by the violin playing and writing of the virtuoso Pisendel, German-born but widely travelled in Italy, Johann Gottlieb Graun was a pupil of Pisendel's who had also studied with the prince of Italian violinist-composers, Giuseppe Tartini, and so Tomadin includes a solo-organ concerto of Graun's which abounds in violinistic figuration. An arrangement of Handel's opening Sinfonia to his oratorio Esther, another Vivaldi concerto and Bach's magnificent A minor Prelude and Fugue BWWV543 complete this stimulating programme. This album is also a valuable record of the historically significant organ in St Peter's Church in the Dutch town of Leens. Dating from 1733-34, and thus contemporary with the music recorded here, the instrument is the work of the Dutch organ-builder Albertus Anthoni Hinsz. He modelled his designs on the instruments by the Schnitger family who dominated North-German organ-building at the time, and the example in Leens is a superbly preserved and scrupulously restored example of this heritage. The booklet is generously annotated with an essay by Manuel Tomadin exploring the Italian connections between the music on the album, a history of the organ, a full stop-list and a record of the specific registration used for each piece.