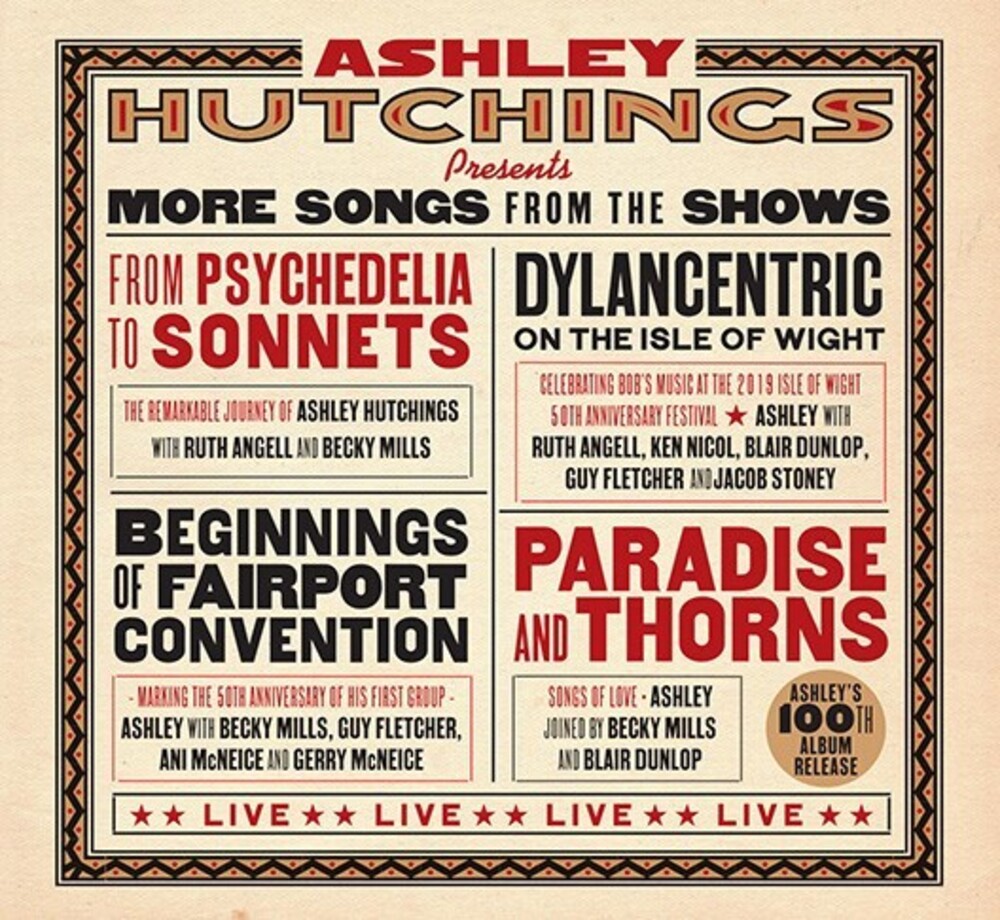 When Ashley Hutchings and The Albion Band left the National Theatre after four years of inspiring and productive work in the late 1970s it was inevitable that they would never again just be a conventional gigging band. Fast forward to the two thousands and Ashley continued to present original words and music performances. So now it's time to present MORE SONGS FROM THE SHOWS highlights, covering shows over the last 6 years. In the past the Albions often had a massive floating line up but in recent years Ashley has worked with a much smaller number of musicians and singers such as Becky Mills, Ruth Angell and Blair Dunlop.. Many of these recordings were on limited releases or previously unreleased.