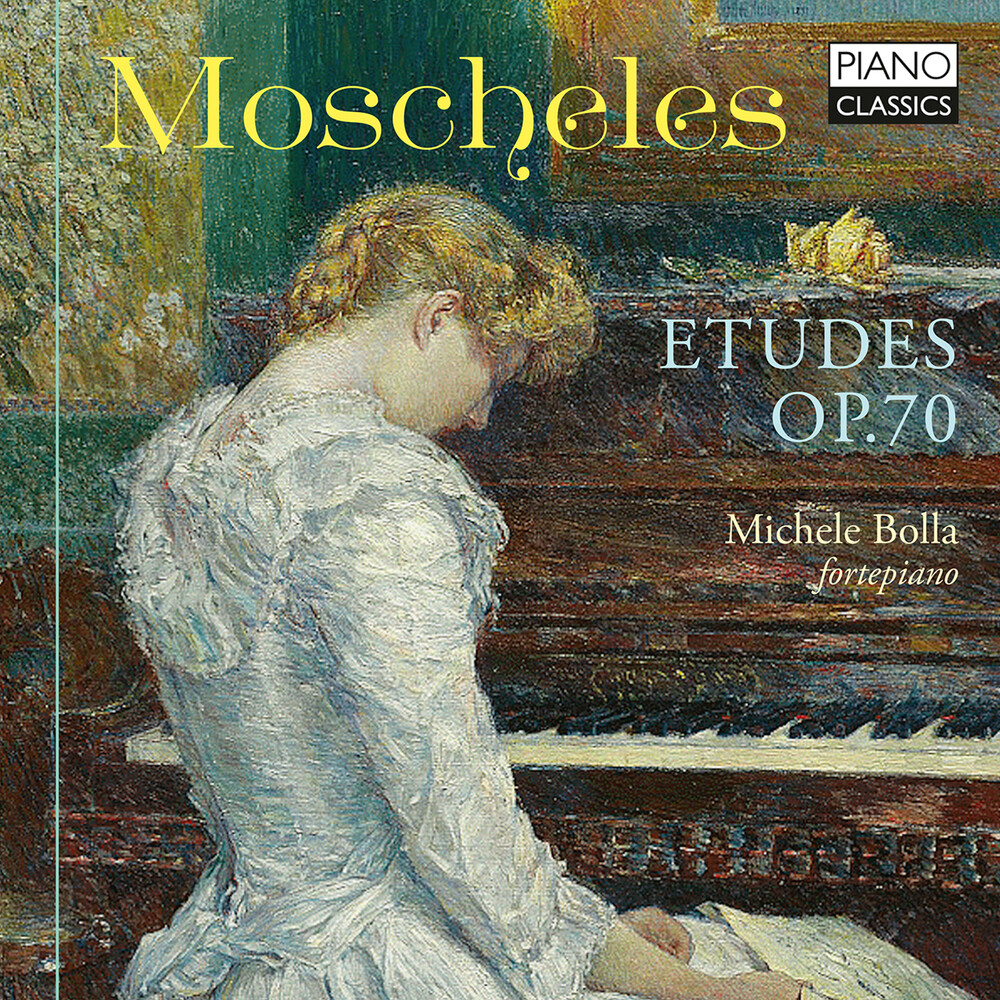 As stringent a critic of his fellow composers as he was of himself, Mendelssohn wrote in unusually effusive terms about the Etudes Op.70 when Moscheles sent them to him in 1829. 'Your splendid Etudes are the best pieces of music that I have heard for a long time, as instructive and useful for the musician as they are gratifying for the listener. Might you be prepared to publish a third volume? You would be rendering a service to all music lovers.' The Op.70 Etudes have attracted previous recordings, complete and in part, but they are presented here for the first time on instruments of the composer's time - an 1844 Erard and a modern copy of an 1819 Graf model - thus releasing and intensifying the color and playfulness of works which transcend their didactic origins. Some of technical and tonal innovations in these studies represented a creative stimulus for composers including Schumann, Liszt and Chopin. Schumann dedicated his ambitious Sonata Op.14 to Moscheles, and believed that the Op.70 Etudes made his friend one of the greatest composers of piano music of the age. Surely the greatest piano teacher of his age - perhaps the greatest ever - Chopin religiously used the Op.70 Etudes for instruction as a kind of New Testament to set alongside Bach and Beethoven. Moreover, they clearly made a considerable impact on his own Etudes, Op.10 and Op.25. No.23 of Moscheles's set is the only explicitly programmatic one, cast as 'a battle among demons', but there is no shortage of immediate drama and theatre throughout the set, especially in the hands of Michele Bolla.