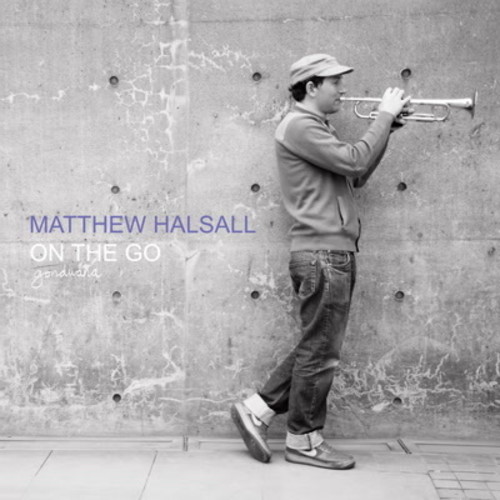 Manchester based trumpeter, composer, arranger and band-leader Matthew Halsall is one of the rising stars of the UK jazz scene. His unique sound was brilliantly described as "Rain-streaked spiritual jazz from Manchester" by the Independent On Sunday and as a label-boss he has nurtured the careers of Mammal Hands and GoGo Penguin via his Gondwana Records imprint, while his own recordings have explored modal and spiritual jazz, string-laden minimalism and hard-bop. ON THE GO was Halsall's 2011 breakthrough disc, drawing inspiration from the late 60s hard-bop sounds of Max Roach and Art Blakey as well as the Strata-East and Black Jazz labels. It's Halsall's punchiest recording and won Jazz Album Of The Year at Gilles Peterson's Worldwide Awards while the tracks Music For A Dancing Mind and Song For Charlie have proved amongst Halsall's most requested compositions. Re-mixed and re-mastered at Gondwana's home from home, 80 Hertz studios in Manchester and reissued here due to popular demand, ON THE GO appears here in an extended format that adds three new tracks alongside the original album and appears on vinyl for the first time. Halsall explains the decision to reissue On The Go.