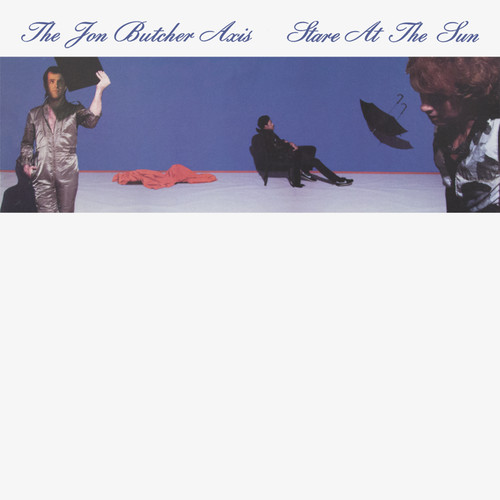 Digitally remastered edition. For a time in the early 1980s, it looked as if Jon Butcher's career would know no bounds. As anyone who picked up a copy of the self-titled Jon Butcher Axis album upon it's original release in 1983 would concur, here was a star on the rise. Such an upwards trajectory was well deserved given his undeniable talent, the quality of that debut and the ensuing sophomore affair Stare at the Sun. Indeed, both albums should have resulted in greater rewards than they ultimately did at the time. Many people believe that Stare at the Sun was Jon's finest work and claim it to be the best album he ever released under any moniker. Songs like "Wind it up" and "Don't say Goodnight" are certainly songs that deserve your attention. The result of his success afforded further growing popularity for the band, which added the opportunity to tour with Rush (Signals tour '83), Def Leppard (Pyromania tour '83) and Scorpions (Hurricane tour '84). amongst others. Jon Butcher has an undeniable talent and this 10 track album from the classic early eighties era shows just what this man had to offer.