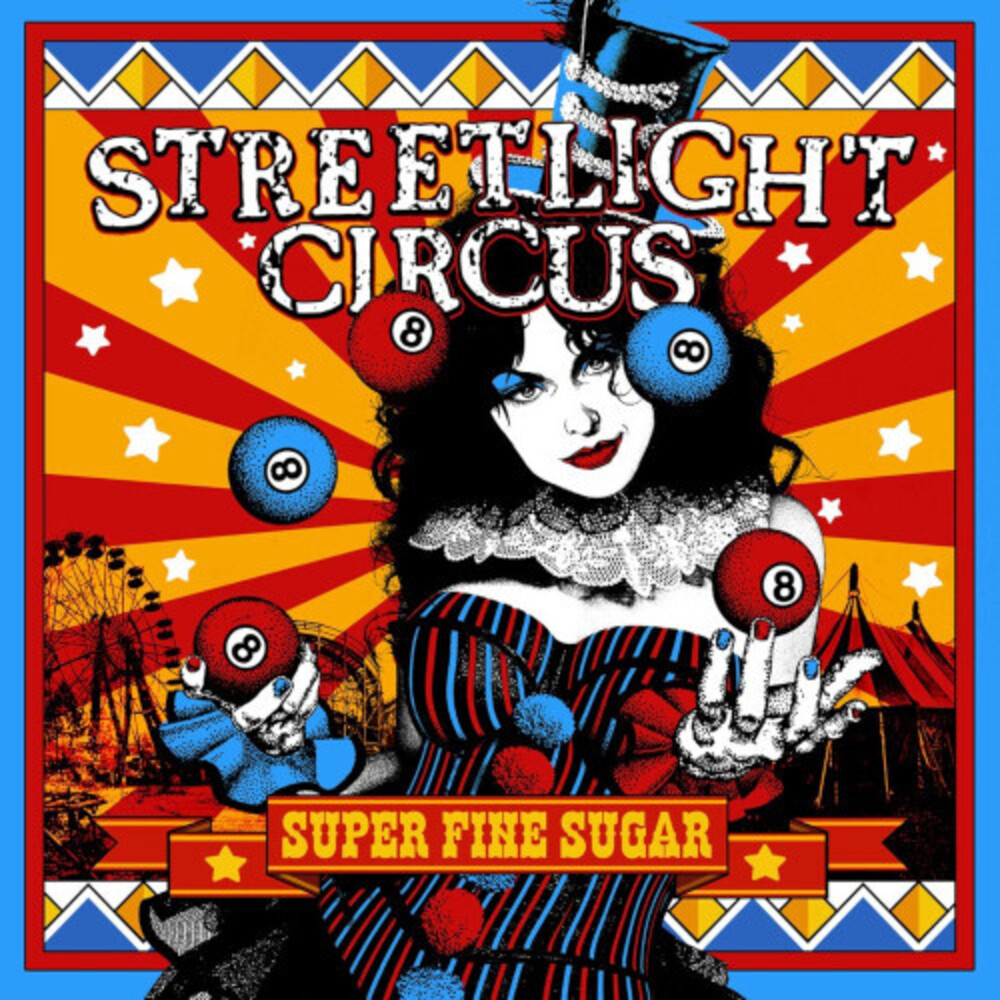 Born in New York City, raised on rock 'n' roll, Streetlight Circus has become a fist-raising juggernaut. With three independently-released full-length albums and one EP, consistent touring in the United States and overseas, invites to major American rock festivals, and bills shared with countless venerated artists, Streetlight Circus has become a name synonymous with the new wave of hard rock. The band's new album, Super Fine Sugar, represents a huge leap forward for the hard-hitting quartet. Streetlight Circus showcases the urgent songwriting and soaring vocals of David Shaw, the fiery and passionate guitar work of George Giannoulis, the thunderous drumming of Erik Fehrenbach, and the smooth rhythm guitar work of Alex Rude. What's more, Streetlight Circus has captured the attention of industry stalwarts who have eagerly participated in the creation of the new album. The songs were mixed and mastered by Grammy-winning producer and engineer Bob St. John. Guest appearances are made by Berton Averre (The Knack), Tony Harnell (TNT), Jon Auer and Ken Stringfellow (The Posies), Brian Forsythe (Kix), and Jesper and Jacob Binzer (D-A-D). Streetlight Circus has been invited to rock thousands at festivals such as Rock Fest (Wisconsin), Rocklahoma (Oklahoma), Rock N' Derby (New York), Wolf Fest (Colorado), and the M3 Rock Festival (Maryland) among many others. The band has managed to comfortably fit on bills featuring bands as heavy as Avatar, Anthrax, and Megadeth and as accessible as The Doobie Brothers, Buckcherry, and Night Ranger. In 2018, Streetlight Circus embarked on a successful headlining tour of the United Kingdom taking them from Wales to Scotland and many British points in between. Supercharged and ready to roll with Super Fine Sugar, Streetlight Circus is prepared to rock stages around the globe. Don't miss your chance to rock under the band's big top. It's a show you won't want to miss.