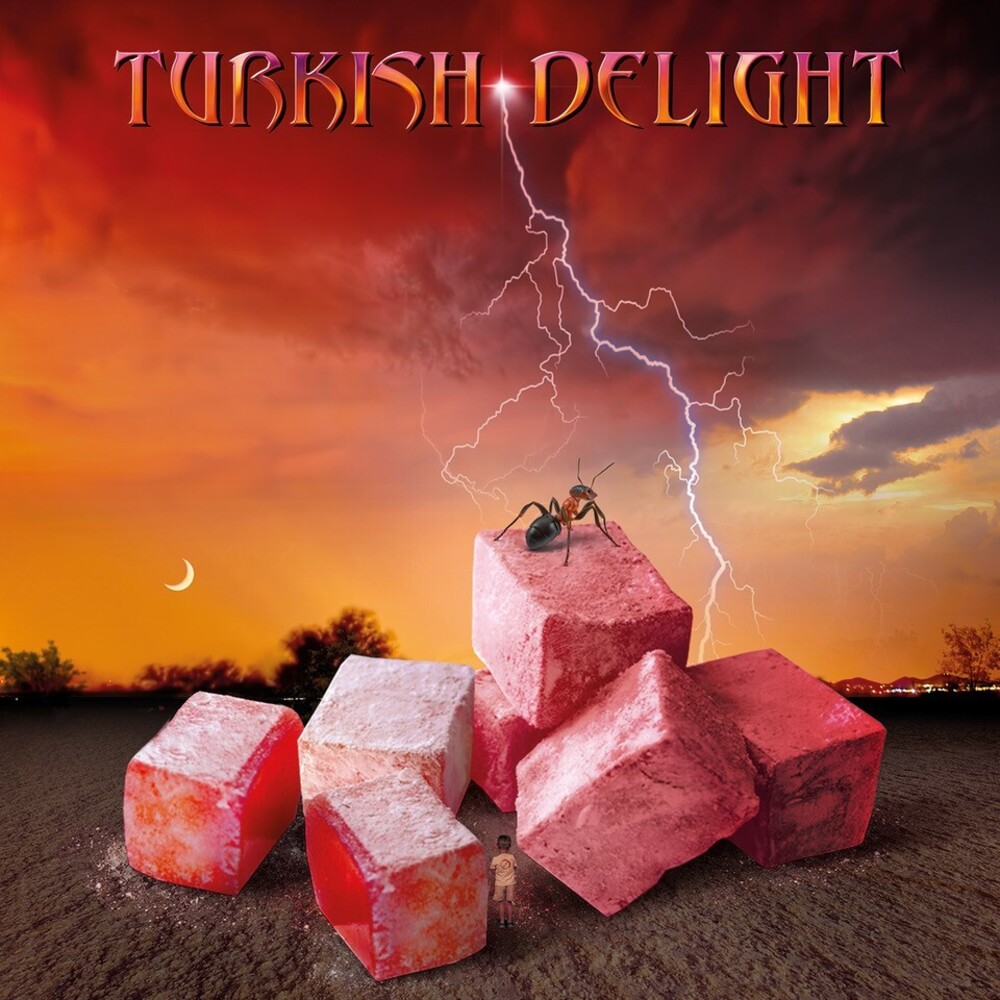 'Turkish Delight's Volume One' celebrates the absolute joy that Escape Music co-owner Khalil Turk has for the kind of music he loves so much and has spent the last thirty and then some years championing. Indeed, his enthusiasm for a new band or a new song today is no different from when I first met him in the mid '80's. I lost count of the number of phone calls he made to me when I was working for 'Kerrang!' magazine, where he would excitedly tell me 'Dave, you just have to listen to this! It's brilliant! You'll love it!' before playing me something over the phone - new and often obscure - he had picked up on his international record buying trips. Nine and a half times out of ten he'd be right!! Khalil's quality control has been such that the record label he co-founded with fellow melodic rock enthusiast Barrie Kirtley in 1995 remains reliably and solidly in place all these years later. Escape continues to deliver monthly doses of quality hard rock, melodic rock and AOR to a very devoted following. Khalil had first entered the music business in the early '90's, effectively as a talent scout for the German owned Long Island label. However, after the company folded, Turk felt that, rather than look at opportunities with other labels, he had the enthusiasm and now had rather more knowledge of the inner workings of the music business to put something together himself alongside the equally enthusiastic and astute Kirtley. We've seen hundreds of solid album releases from a huge variety of acts (including AXE, Steve Walsh (Kansas), John Elefante (Kansas), Lonerider, Shadowman, Alliance, Pinnacle Point, Mass, Heartland, Grand Illusion, Overland, Last Autumn's Dream, Punky Meadows, ColdSpell, Chris Ousey, Ozone and Touch, to name just a few) as well as reissues (from Aviator, Sugarcreek, Jon Butcher Axis, Franke And The Knockouts, FM, Tantrum and Surrender, Zon, Hanover Fist etc) ever since. So here we are, over twenty five years since that first Escape Music album appeared hot off the presses (Heartland's 'III' album in November 1995, if you're asking) and this collection of songs, personally chosen by Khalil, reiterates that pure joy he still possesses for the music he is utterly immersed by. With material from the pens of Steve Overland (FM), Chris Ousey (Heartland), Steve Morris (Export/Ian Gillan/Heartland), Mick Devine (Seven), Steve Newman (Newman/Compass) and Tommy Denander (Radioactive) there's also a list of musicians culled from Khalil's contact book that, quite frankly, is VERY impressive. Just a few names appearing on 'Turkish Delight's' to throw at you include Ronnie Platt (Kansas), Billy Greer (Streets/Kansas), Billy Sheehan (Talas/David Lee Roth/Mr Big), Gary Pihl (Sammy Hagar/Boston/Alliance), Gene Black (Device), Jeff Pilson (Dokken), Jeff Scott Soto, Chris Childs (Thunder), Mike Slamer (City Boy/ Streets/Seventh Keys/Steelhouse Lane) Joel Hoekstra (Whitesnake/Joel Hoekstra's 13), Mark Mangold (American Tears/Touch/ Drive, She Said), Mark Stanway (Magnum), Mat Sinner (Sinner), Marco Mendoza (Thin Lizzy/Whitesnake/Journey), Ricky Phillips (The Babys/Bad English/Styx), Robin Beck, Robin MC Auley (Grand Prix/MSG), James Christian (House Of Lords) Steve Overland (FM), Jerome Mazza (Pinnacle Point/solo), Terry Brock (Strangeways) and Vince DiCola ('Transformers'/Thread/Storming Heaven). This is a cast of thousands. Well, it at least appears that way! It's a very interesting package and, as Khalil would surely say, you'll love it!