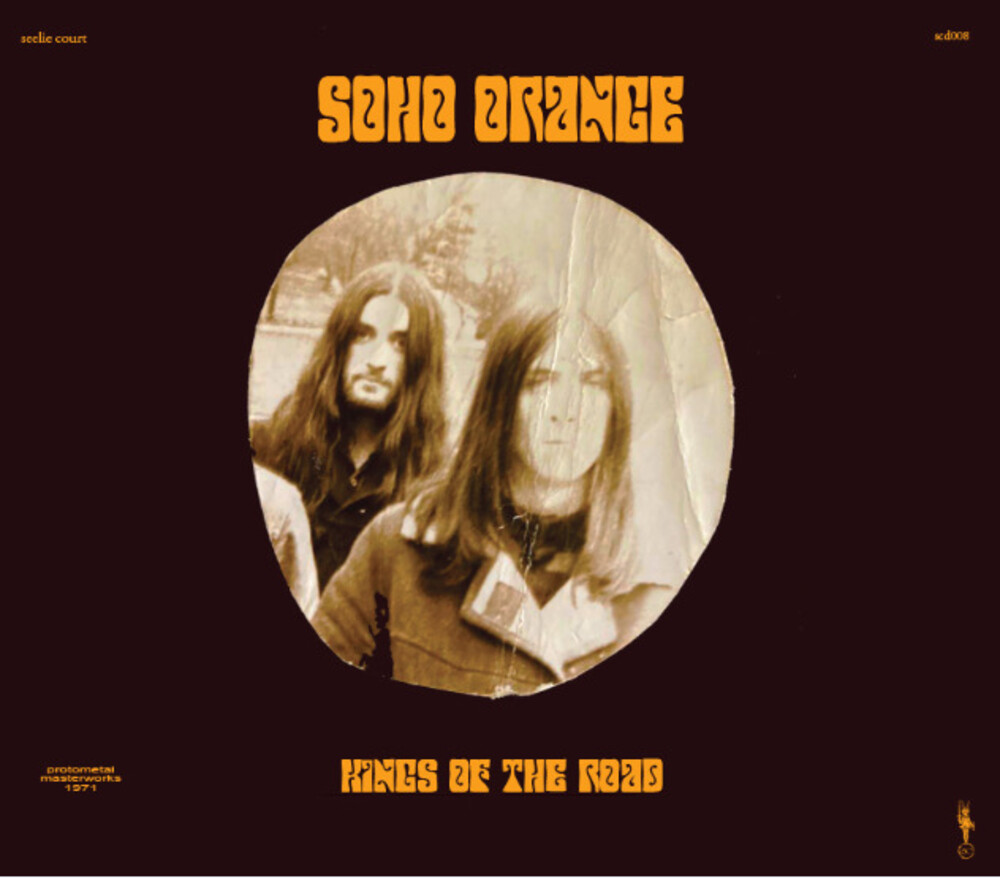 A searing hard rock masterpiece that combines the savagery of early BUDGIE with the mystical edge of LED ZEP, this killer Scottish band are an important addition to the roster of early proto metal bands. Taken from original 1971 master tapes, the band sing about drugs, women and freedom, the album opens with the amphetamine fuelled Kings of the Road and ends with the doom laden End of The Road, a slow bass led burner ending in violent riffs. One of Seelie Courts most important discoveries. This lp ranks with the best of early seventies UK hard rock, that's Sabbath, Zep, Budgie, Stray. 6 long tracks that decimate many established proto metal albums, this restores track titles and session order that were mangled on a well intentioned German bootleg decades ago. The only photo of Soho Orange that exists, crumpled, cut, and faded, adorns the cover, and they look like a Swedish death metal act, and their songs about Horse & Coke reference their lifestyle at the time. Main man Alan MC Dade is no longer with us, this edition is issued with the full support of his heirs and other surviving members. Absolute Hard Rock Majesty. If you thought you had already heard every prime 69-72 hard rock LP from Blighty, this will make you weep with joy. Soho Orange p*sses all over plagiaristic rubbish like Leaf Hound, file this album next to Black Sabbath -Paranoid, Led Zep IV, Incredible Hog, Budgie 1st & Never Turn Your Back On A Friend, and Deep Purple In Rock