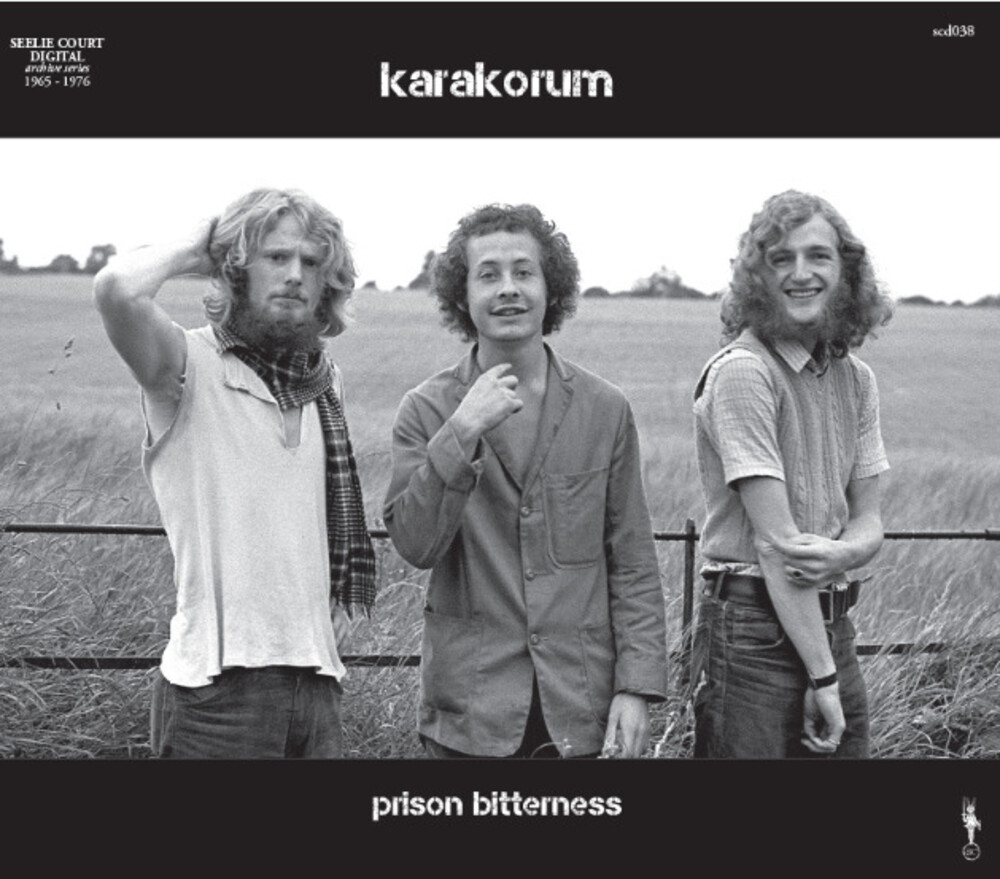 (Please call first)
DISC: 1
1. Arnold Collins in Drag
2. Living My Life
3. Prisoners Bitterness
4. Breakfast
5. When the War Is Over

The only surviving 1969 studio demos of this sensational and important underground band. Keith Moon raved about them, they were in massive demand on the live circuit, and everyone connected expected them to hit the big time. In reality they were simply too underground for the bewildered labels. #karakorums sonic inner space inevitably conjures up images of heavy cannabis and marijuana usage, the band lock into darkly introverted grooves, with complex patterns, eastern influences, and left field lyricism and vocal, heavy guitar led tracks, wah wah, ultimately uncategorisable, poetic, and needing multiple plays to connect to. Tracks include "Arnold Collins In Drag" and "When The War Is Over".