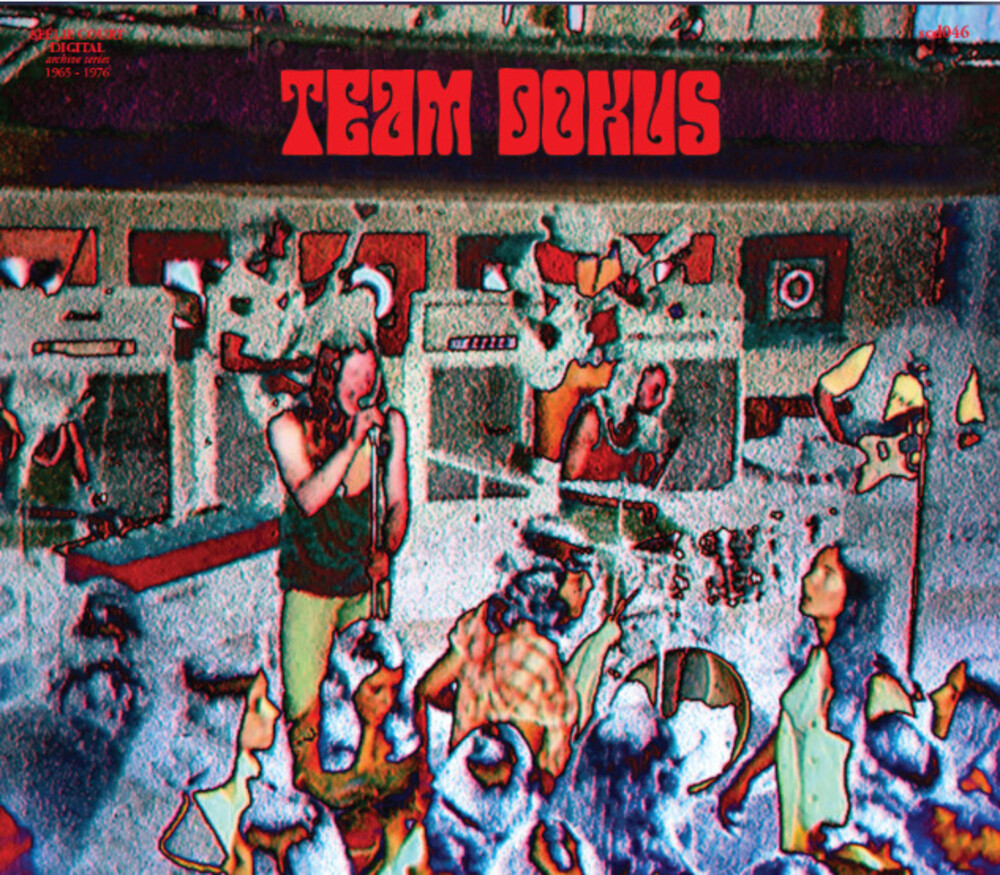 Searing Heavy Psych-Prog infused Chaos Lords cunningly using arcane 60s Merseybeat Rhythms fused with gigantic heaviness and awash with fuzzed guitar and some of the darkest satanic lyrics from the era. Team Dokus has been previously mangled by crusty compilations such as The Psychedelic Salvage Company and further abused by an atrocious illegal edition on Dork Planet Records who mistitled, misdated and missed off bits of tracks. This is the first authorised edition with the band's involvement, the band also coloured an original photo for the cover art of the CD. Includes all tracks in correct order, correctly titled, with the full restored track lengths as well as 5 bonus tracks from the same time, including doom psych tracks such as the uplifting "My Name Is Death". Play it when the Vicar drops in for tea next Sunday. Essential Stuff