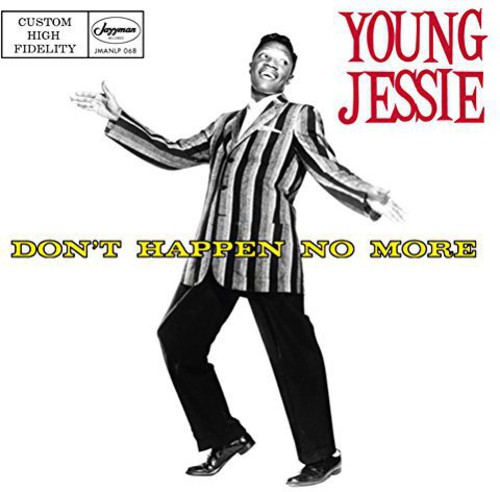 2014 RSD release. Young Jessie is one of the unheralded greats of the R&B, Rock & Roll and Soul eras. Beginning his career as a young teenager in LA vocal group the Flairs (with schoolmate Richard Berry, later of 'Louie Louie' infamy), he then signed on with Modern records and cut several high quality R&B sides through the mid-1950s. Never quite achieving the level of fame and fortune of some of his immediate peers, the closest Young Jessie got to a hit was 1956's 'Mary Lou', which sold well regionally and was later on covered by the likes of Bob Seger and the Steve Miller band. Meanwhile, Young Jessie busied himself recording demos with Leiber & Stoller for one of their regular artists, Elvis Presley. Flitting between labels at the end of the 50s and into the 60s, his own output remained consistently of a very high quality, and always in step with the changing times - from doo wop in his beginnings through Blues, R&B, Rock & Roll and into Soul. Throughout all of that, Young Jessie always considered himself a Jazz singer first and foremost, and this influence underpins all of his vocal performances. For record store day, in conjunction with Jukebox Jam, we are issuing a special, one-off retrospective LP of some of the finest moments of Young Jessie's career, between 1953 and 1963. Strictly Limited to 999 numbered copies, housed in an old-style, heavyweight paste-on sleeve with notes written by Liam Large based on new interviews with Obie Jessie.