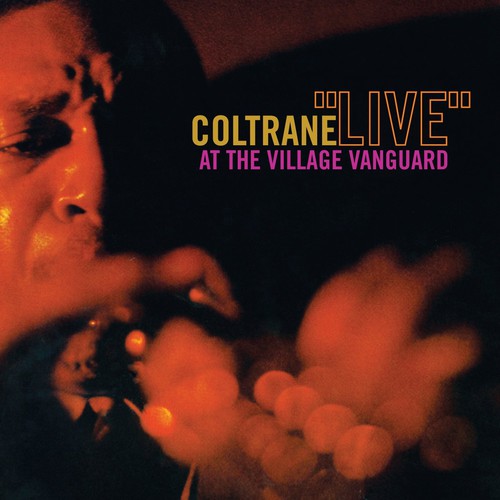 UK reissue. John Coltrane's switch in musical style was not universally popular, with critics and audiences alike turning on him as they struggled to understand the nuances of his music. To some he was 'anti-Jazz', a moniker that was also attached to Eric Dolphy, who linked up with Coltrane in 1961. Even Coltrane himself would admit that his early solos were based more on technical ideas that were swirling around his head, but gradually he began to win over even the most vociferous of critics. In November 1961 producer Bob Thiele came up with the idea of recording four consecutive nights of Coltrane's performances at the Village Vanguard, bringing in legendary engineer Rudy Van Gelder to oversee the recording. Just three songs were chosen for eventual release on the album (the remaining tracks were issued many years later as part of a box set), comprising a standard in 'Softly As in a Morning Sunrise' and two Coltrane compositions, Spiritual and Chasin' the Trane. The latter, which took up the whole of the second side of the vinyl album, has been described as one of the most important Jazz recordings of all time.