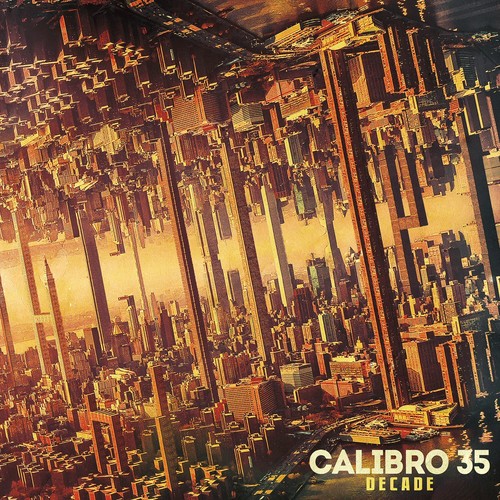 2018 release, the sixth studio album form Italian super cult combo Calibro 35. Decade marks 10 years of Calibro 35's first release and it's the very first album recorded by Calibro with an orchestral-inspired enlarged line-up that features horns, strings and percussions. Mixed and recorded by Calibro's usual suspect and Grammy Award winner Tommaso Colliva, on the album all the influences collected by the band during their last ten years' journey - music, collaborations, movies, gigs, books - find their space. Decade is Calibro 35's "time capsule" and is as rare and complex as a timeless work. Everything is mixed up with new influences from modern musical languages. All classic Calibro's vintage instruments such as clavinet, eco, analog synths, fuzz guitars are now supported by new ones such as Dan Bau, Balafon and Waterphone in the band's new wall of sound. Thanks to the enlarged line-up and the orchestrated parts involved, which pushed the band to experiment new methods of composition, Calibro 35 sound strong, full and tight as never before.