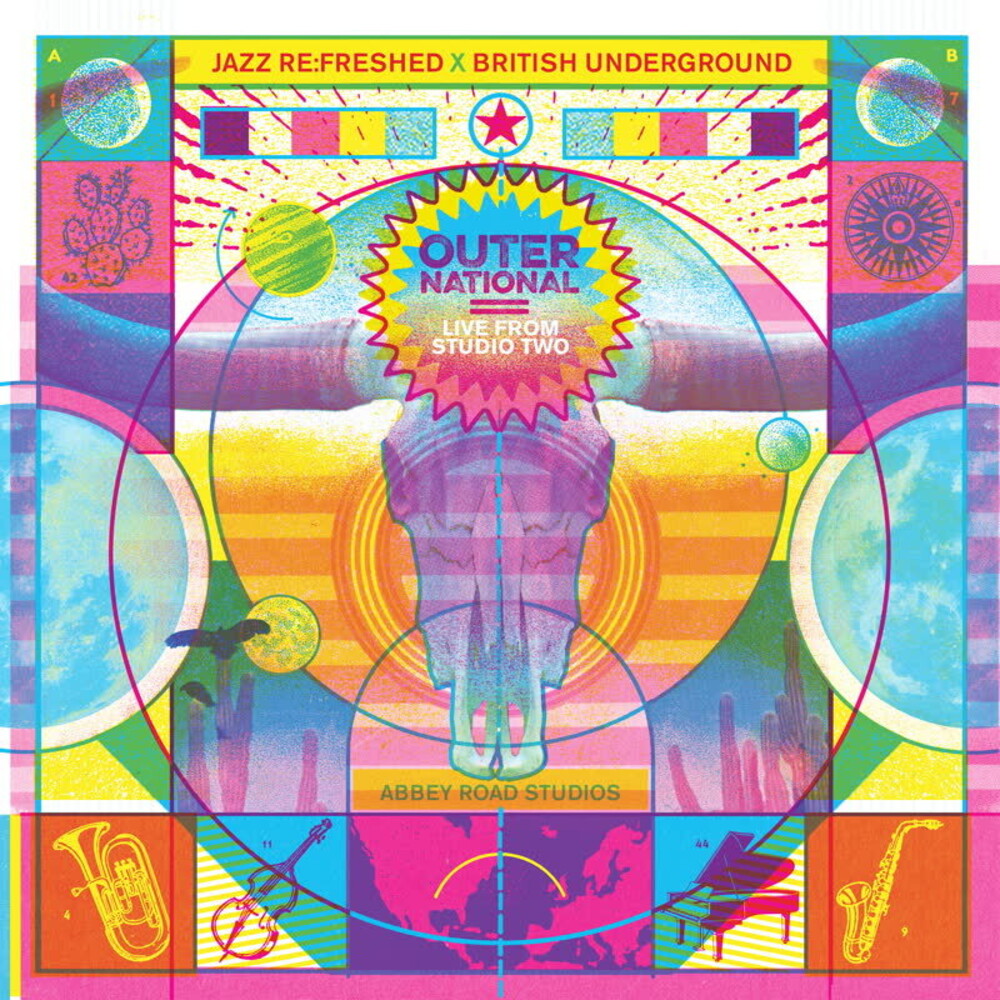 'Outernational Live from Studio Two' is a unique live LP featuring new stars of UK jazz recorded at the world-famous Abbey Road Studios during the winter lockdown of 2021.Tracks were originally laid down for a covid-friendly filmed show hosted by the South by Southwest (SXSW) music festival in March of that year following a run of ground-breaking live showcases at the Austin event since 2017.Featuring UK rising jazz stars Doom Cannon, Camilla George, Richard Spaven, Theon Cross, Noya Rao, Daniel Casimir and Tess Hirst, this will be a VINYL ONLY release - limited to 500 copies.Previous acts from these internationally celebrated showcases include Shabaka Hutchings, Nubya Garcia and Moses Boyd with this special-edition LP highlighting the best of the next wave.Theon Cross stated, 'The JRF/BU Outernational showcase for SXSW filmed and recorded at Abbey Road in Feb 2021 was a very special one. It was one of the first times since the start of the pandemic that we were able to play together and make music for an audience despite them not being in the room. We really hit our stride with Panda Village a track from my album FYAH channeling all the joy and emotion of this cathartic moment.'Jazz Re: freshed have also confirmed they will be returning to SXSW in 2023 for another landmark showcase.