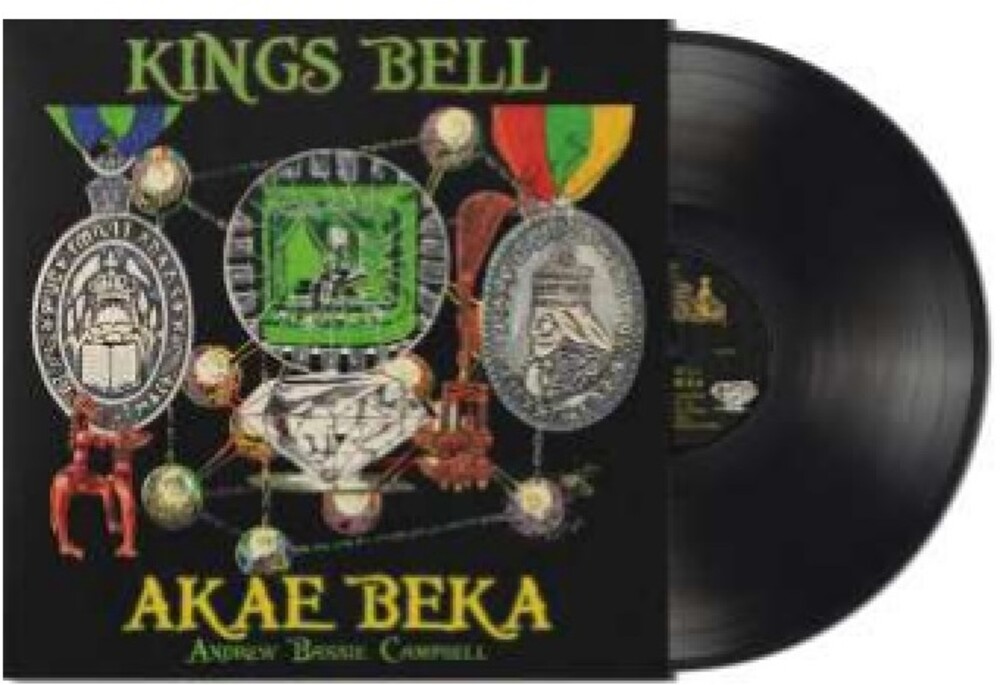 Kings Bell, first made available to the world on CD and digital on November 1, 2011, is now being released on a 12" vinyl courtesy of Before Zero Records. This LP joined the best of St Croix with the best of Jamaica: an amazing lineup of players spearheaded by the venerable Jamaican production maestro Andrew "Bassie" Campbell. The result of this collaboration is Kings Bell - a modern roots masterpiece. As Vaughn Benjamin's first-ever full-length collaboration with a Jamaican producer, Kings Bell was a historic release and features some of the greatest musicians the genre has ever seen including Leroy "Horsemouth" Wallace, Earl "Chinna" Smith, Squidley Cole, Mikey "Boo" Richards and Sticky Thompson.

The driving musical force behind the album, producer and bassist Andrew "Bassie" Campbell has crafted beautiful rhythms that truly compliment the deep lyrics of Vaughn Benjamin. The power and authenticity of Andrew Bassie's productions stand out from the mass of slickly-produced modern roots coming out of Jamaica today. Much of the music was recorded organically in Jamaica at Tuff Gong Studio, with additional overdubs, vocal recording and mixing completed at I Grade's studio in St. Croix. The result is a collection of songs that capture not only the essence of classic roots from the hands and minds of some of the individuals who have literally helped build the genre, but also the urgency and innovation of the present time. In more than seventy albums and in over twenty years of Midnite music nothing like this cross-fertilization of Jamaican classic roots tradition mixed with St. Croix's own deep roots tradition has ever happened, making "Kings Bell" a glowing highlight in the expansive catalogue of Vaughn Benjamin. A catalogue born from a non-stop movement in pursuit of progressing his craft and delivering his message to the world. One of Benjamin's most fruitful stops along his journey was with I Grade Records, headed by producer/engineer/multi-instrumentalist Laurent "Tippy I" Alfred, regarded by many as some of the finest work of his career.