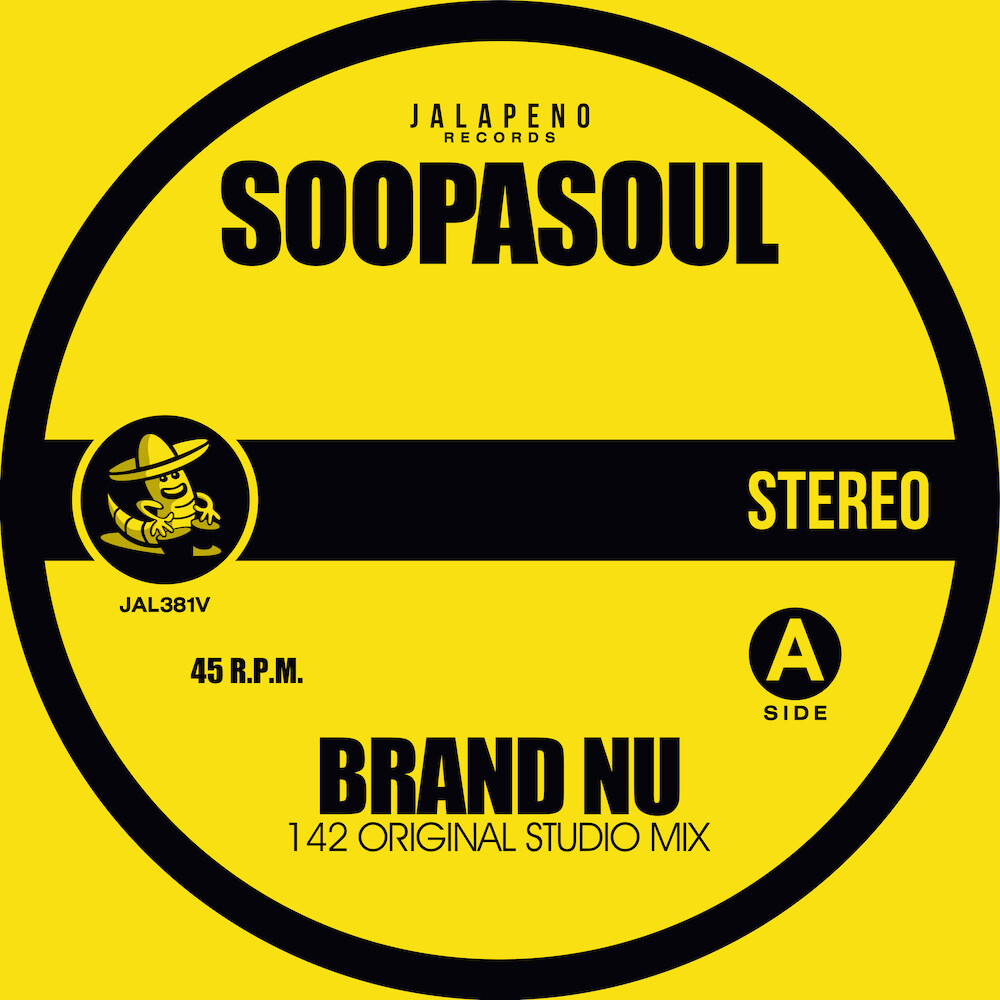 Soopasoul is an enigmatic producer, whose purist approach to jazz, funk and soul music has resonated with DJs, break-dancers, music connoisseurs, critics and casual listeners alike. Since furthering his legacy by creating a hugely successful edits series, Soopasoul returns to one of the biggest cuts from his now legendary Jalapeno debut album 'Twin Stix'. The 142 mixes of 'Brand Nu' are the first versions of this now classic cut that were recorded and have a raw funk grit that became a little more polished for the album release version. Available in full vocal and instrumental versions, these alternative mixes showcase all the reasons why Soopasoul is a mainstay of funk & soul 45 scene worldwide.