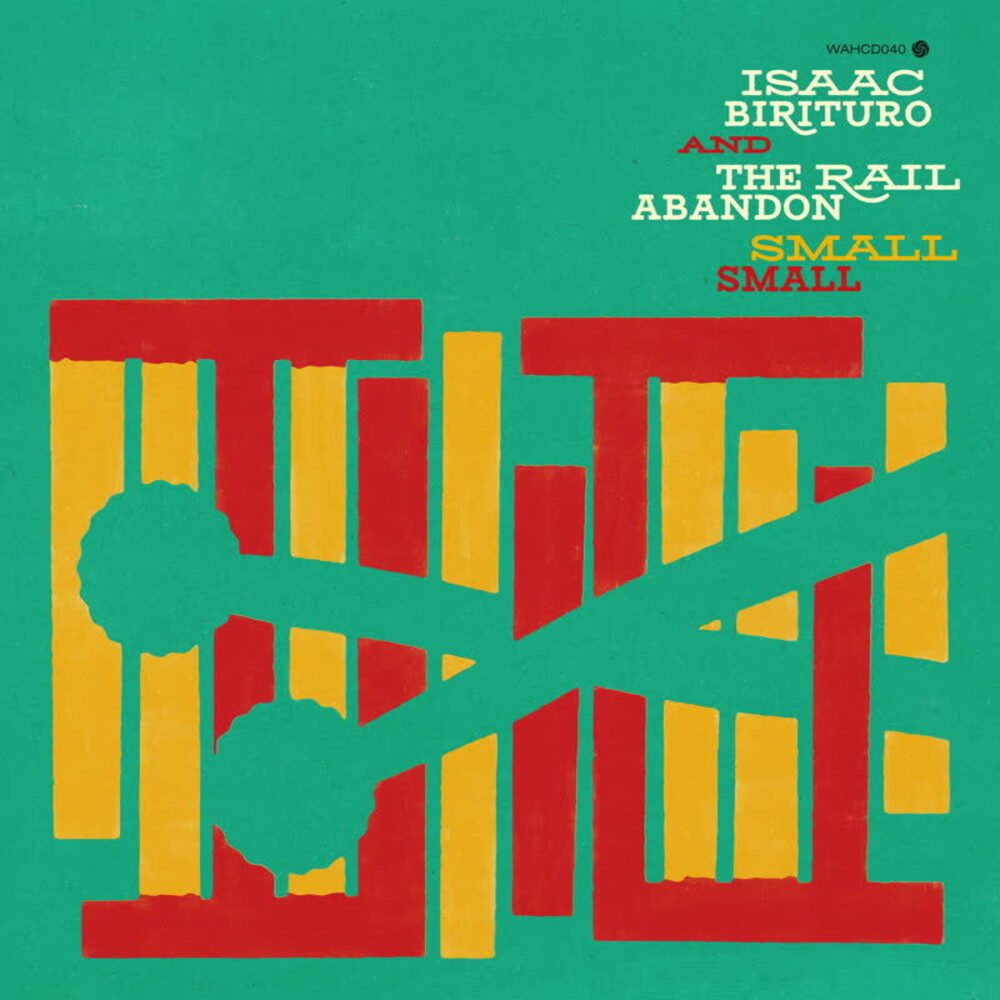 This summer sees the return of the unique cross-continental collaboration between Ghanaian xylophonist Isaac Birituro and his band of live international musicians, The Rail Abandon. Having created something of a buzz back in 2019 with their debut album 'Kalba', gaining support along the way from Gilles Peterson, Cerys Matthews, and Tom Ravenscroft to name but a few - and after something of a hiatus, the duo teased us earlier this spring with the 'Lapaz' EP in preparation for their new LP 'Small Small'.'Small Small' is a very Ghanaian saying, a direct translation to English, which is used in a wide variety of contexts to mean 'bit by bit,' 'one step at a time' or 'slow and steady'. Vocalist and musician Sonny Johns, from The Rail Abandon, was first introduced to the phrase on his initial trip to Ghana in 2016, when he met Isaac in Kalba, and the phrase has popped up over and over ever since.'Any second album is a difficult process -how do you make something that follows on from the first but is different enough? It's particularly difficult when your first album was made under the unique conditions of having never played together, in unusual surroundings. It is also difficult when you live on different continents from each other. To add to those difficulties, we had to make a record in the middle of a pandemic. Fortunately, just before the world was locked down, we'd written and recorded the basis of the album over 3 days while on tour in Germany, October 2019. Then Isaac and the Rail Abandon went about adding their own musicians to the recordings in Ghana and the UK respectively, bringing everyone together via the internet instead of physically. Everyone involved had been hit dramatically during this period, some physically, some financially, all emotionally.The rise of the BLM movement during this period also made a big impact on a project designed to unite people, bring equality and encourage mutual respect. The death of Tony Allen also hit us hard early in this period too -Tony (also of maternal Ghanaian heritage) was a person who united West African and European music and cultures seamlessly and was instrumental in bringing together (indirectly) the music of Isaac Birituro & The Rail Abandon. So, we finished this album 'Small Small' over the intense year of 2020 influenced by the difficulties that we, and the world, have been through. The album is about loss, frustration and struggle, but it's also about the light at the end of the tunnel; about overcoming difficulties to find a brighter future and no matter what separates us, whether that be language, culture, continents or borders, when we listen to each other and learn from each other, there's really not much that can keep us apart. So from everyone involved, here's to a brighter future.' Sonny Johns from The Rail Abandon.The Rail Abandon is a play on the name Rail band - the short title of The Super Rail Band of the Buffet Hotel de la Gare, Bamako -a band from Bamako, Mali including such greats as Salif Keita and more importantly the guitarist Dejimady Tounkara. Inspired by his playing the group were given the moniker The Rail Abandon as a way to release music without a face, specific name or singer. The line-up is different depending on the music. Due to a joint love of African music from across the continent, the core at the moment is Sonny Johns on vocals and guitar, Raph Clarkson on trombone and keyboards, and Israeli musician Yuval Wetlzer on drums and percussion, but it can incorporate any, all, none, or more than these people.