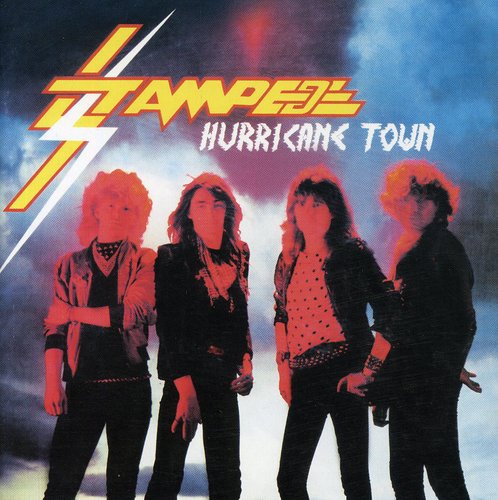 Emerging from the new wave of the British heavy metal scene of the early '80s, London based quartet Stampede acquired a loyal and fervent following and in 1982, a major label contract with Polydor. Fronted by vocalist Rueben Archer and son-in-law guitarist Lawrence Archer, the band garnered acclaim for a volatile mixture of energetic heavy rock and an ear for both melody and precision. Lawrence Archer in particular, earned great acclaim for his innovative and exciting guitar playing (he would later form Grand Slam with Phil Lynott). Issued in 1983, Hurricane Town propelled the band to the forefront of the hard rock battlefield earning welcome comparisons to other great British institutions such as UFO, Thin Lizzy, Saxon and Iron Maiden. This remastered edition features 11 total tracks including the 2 bonus tracks 'Mean Gasoline' & 'Midnight at the Moulin Rouge'. Rock Candy. 2006.