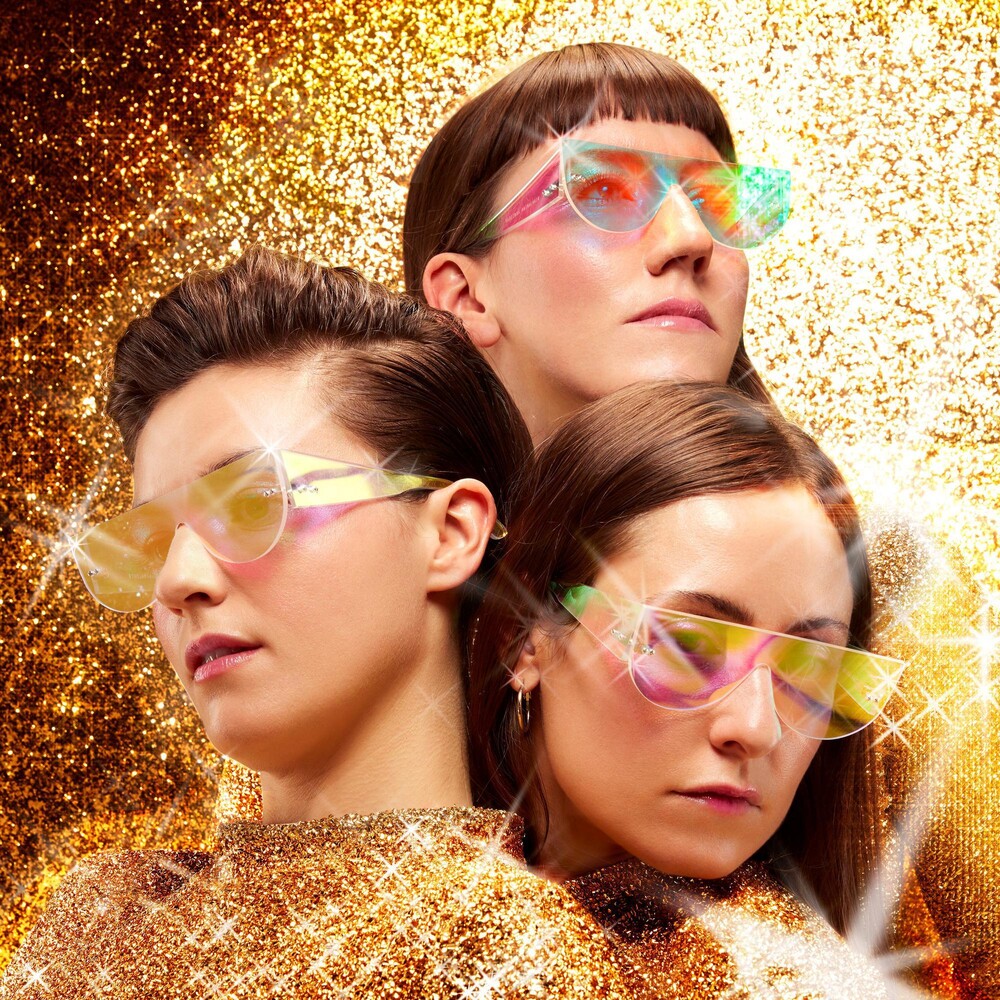 Heavier, harder and weirder than their previous work, Stealing Sheep's Big Wows is filled with bold neon pop songs featuring rave percussion, steelpans, dreamy segues and breathy experiments. Taking shape over a period of nearly three years, they laid down the main body of the tracks either at home, or in their studio at Liverpool's Invisible Wind Factory. The band worked with various producers - including Marta Salogni (Bjork, MIA, Factory Floor), Andy Smith (Years & Years), Ash Workman (Christine & The Queens, Metronomy) and Joe Wills (video artist for Little Dragon) - and tried out different mixes and ideas to convey their messages. As well as composing with traditional instrumentation, in some cases they began the songwriting process solely on a computer. "We wanted the machine sounds to be juxtaposed against a full kit and bass guitar, which we tracked live to feel intentionally loose in places. We like the idea of placing robotic tech next to real life energy." Stealing Sheep have a broad range of influences - St. Vincent, Michael Jackson, The Knife, Kraftwerk, Drake, Little Dragon - but they remain so resolutely and richly themselves.