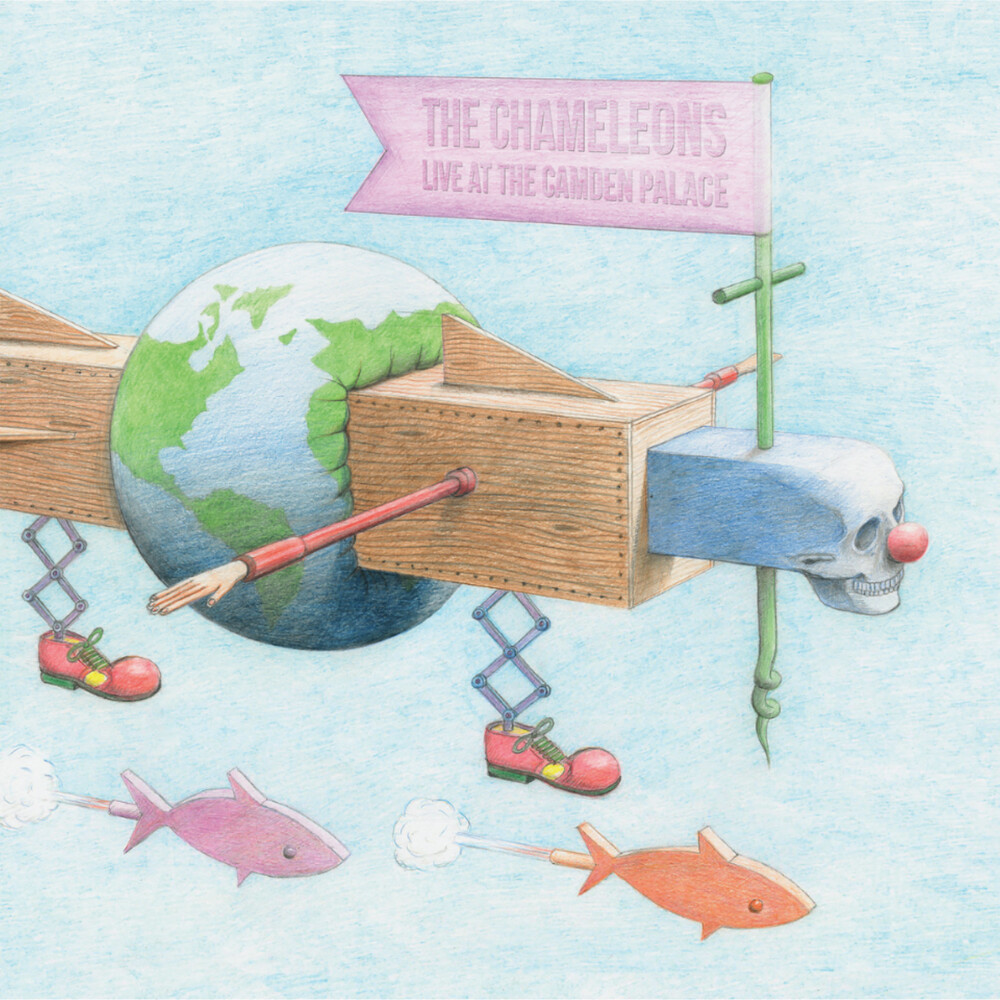 Recorded in 1984 for a special performance for a satellite TV broadcast, this iconic gig at The Camden Palace features The Chameleons at the top of their game and includes songs taken from Script of the Bridge and What Does Anything Mean? Basically. Released on vinyl for the first time, this album also includes 4 bonus tracks from the 1985 Arsenal concert, which was recorded for an independent Catalonian local TV channel. The cover art has been exclusively designed by guitarist Red Smithies, who designed all official Chameleons studio releases. The Chameleons influenced future generations of indie and alternative rock bands including Oasis, Stone Roses, The Charlatans, Smashing Pumpkins, The Flaming Lips, The Klllers, The Horrors, The National and Interpol. This Limited Edition orange and blue splatter vinyl includes a Bonus CD and poster.