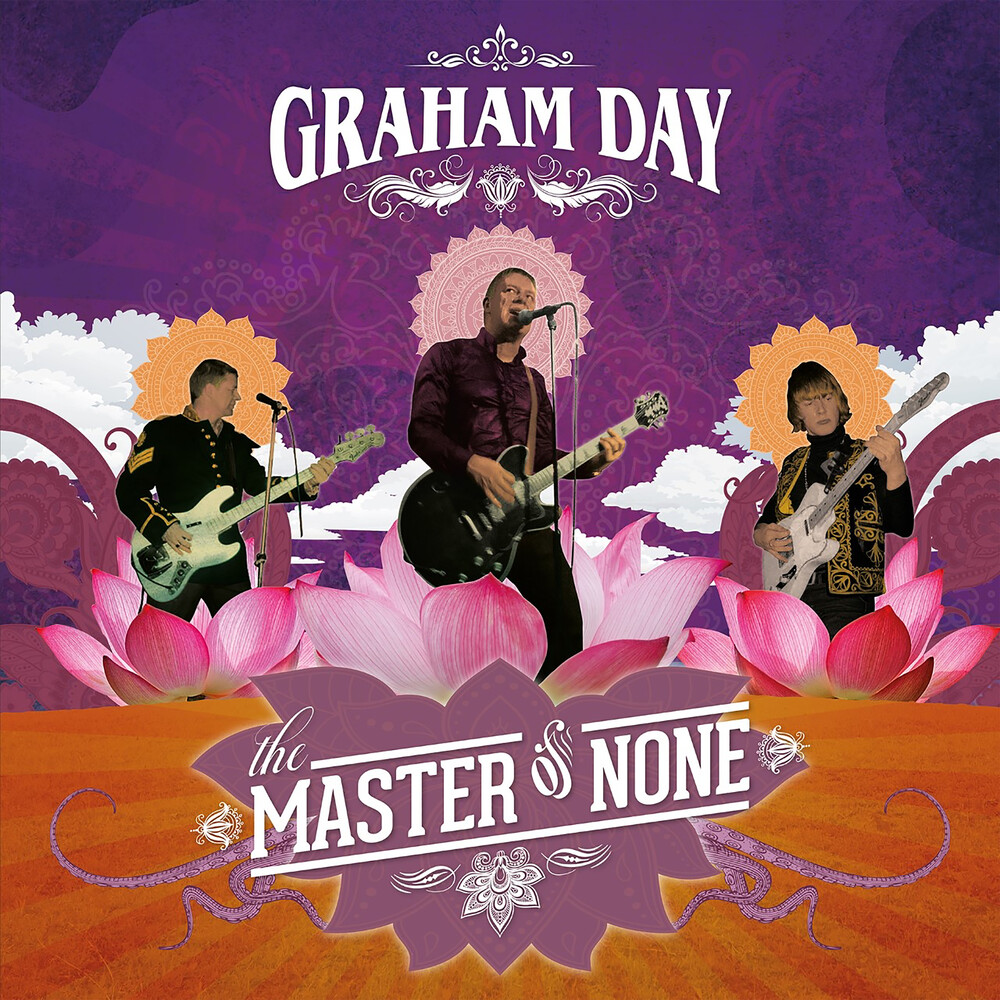 Vinyl LP pressing. Countdown Records is proud to announce the return of Graham Day to their roster. Their relationship with Graham stretches back to 1986 when his renowned band The Prisoners released their album In From The Cold on the label. Fronted by Graham on vocals and guitar, The Prisoners were a pioneering and inspirational 80s British garage band, who fused beat-era rock with R&B, American garage and psychedelia. A restless and independent spirit, Graham has released albums under many guises, including: Solarflares, Graham Day and The Forefathers, and current group, The Gaolers. Graham has also worked as a producer and a long-time collaborator with fellow Kent coast musician Billy Childish, briefly playing drums in Billy's group The Mighty Caesars and later bass in The Buff Medways. Graham's debut solo album Master Of None is more the result of circumstance than by design. Demoing songs for the third Graham Day and The Gaolers album, Graham's plans were scuppered by lockdown - with a drummer based in the U.S. there was no real chance of recording the album in the foreseeable future.