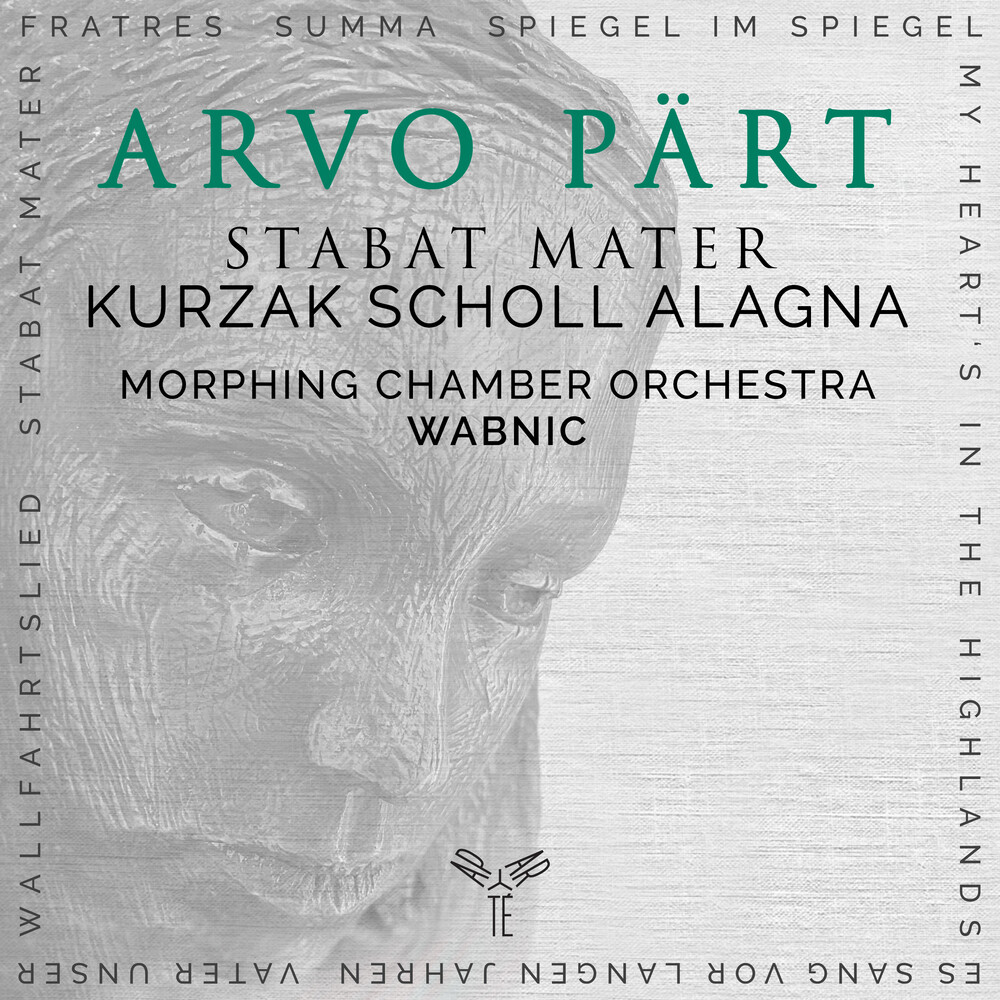 Arvo Pärt, one of the world's most performed living composers, will be eighty-seven in September. His music has been featured in many films, including Nanni Moretti's Mia Madre and Habemus Papam, Sorrentino's La grande bellezza, Paul Thomas Andersson's There Will Be Blood, Denis Arcand's Les Invasions barbares, and several films by Terrence Malick. A precursor of the Nordic minimalist school, he composes music that is modern, refined and deeply religious. He is the creator of the "tintinnabuli" compositional style. Morphing Chamber Orchestra, an innovative ensemble in the fields of Classical music and crossover, led by it's musical director Tomasz Wabnic, presents a selection of Pärt's most famous works with an all-star cast including Roberto Alagna, Aleksandra Kurzak and Andreas Scholl. They perform the Stabat Mater, a masterpiece of sacred music, presented here in a new arrangement approved by the composer. The program also includes some beautiful songs - Vater Unser, Ein Wallfahrtslied and My Heart's in the Highlands - performed by acclaimed countertenor Andreas Scholl, as well as some fine instrumental pieces - Spiegel i'm Spiegel, Fratres and Summa. These highly committed musicians transport us to a dreamy Nordic world.