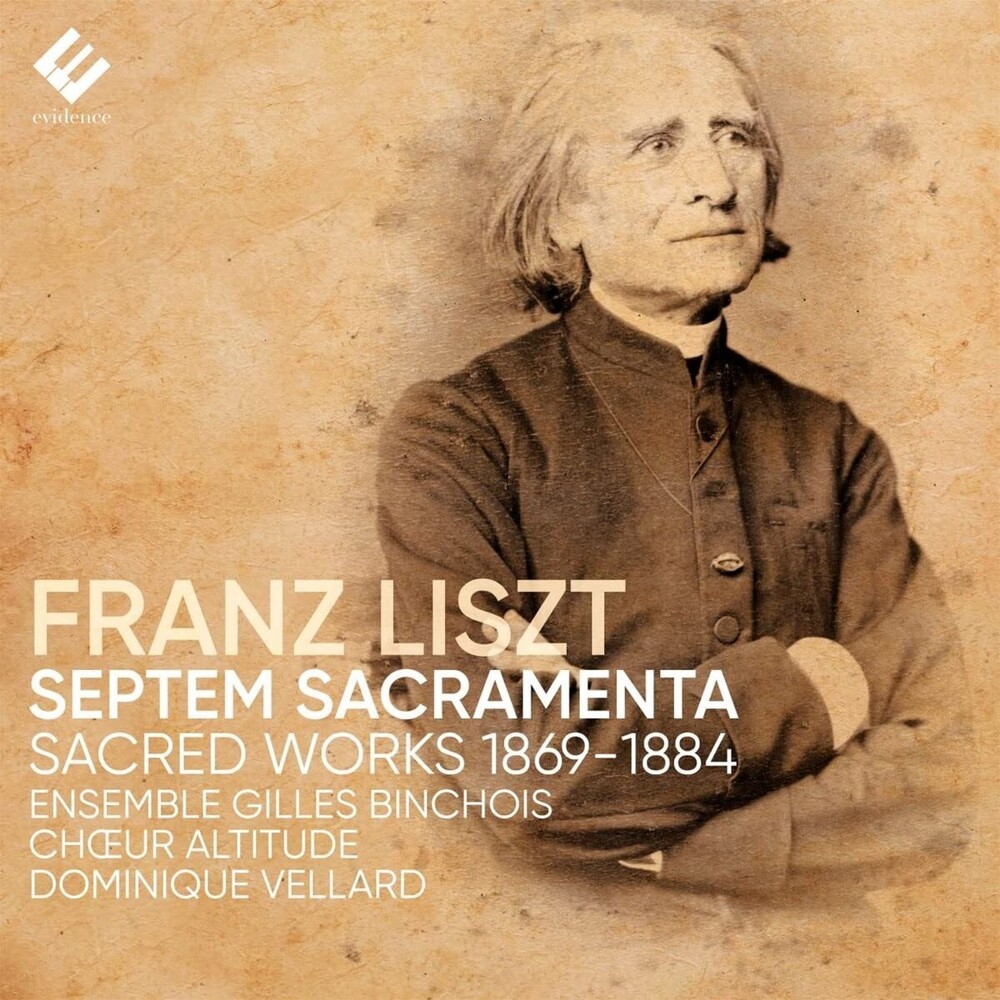 Liszt combined the whirlwind life of a virtuoso traveling all over Europe with a deep attachment to the Catholic faith and the Church. While his brilliant technique and fiery interpretations made him an unparalleled virtuoso, his sacred music, for which he was less well known, represented what was dearest in his own eyes. From 1856 onwards, he devoted himself more particularly to this field and set about reforming religious music in order to restore it to it's rightful place of honor, capable of meeting the demands of conveying the divine message and mystery. His musical discourse becomes sparer but is also profoundly innovative, with many individual turns of language and harmonic daring. Dominique Vellard turns his attention here to the lesser-known works of this period, such as the Septem sacramenta or Pater noster, which exude the same serenity, the same feeling of peace and light.