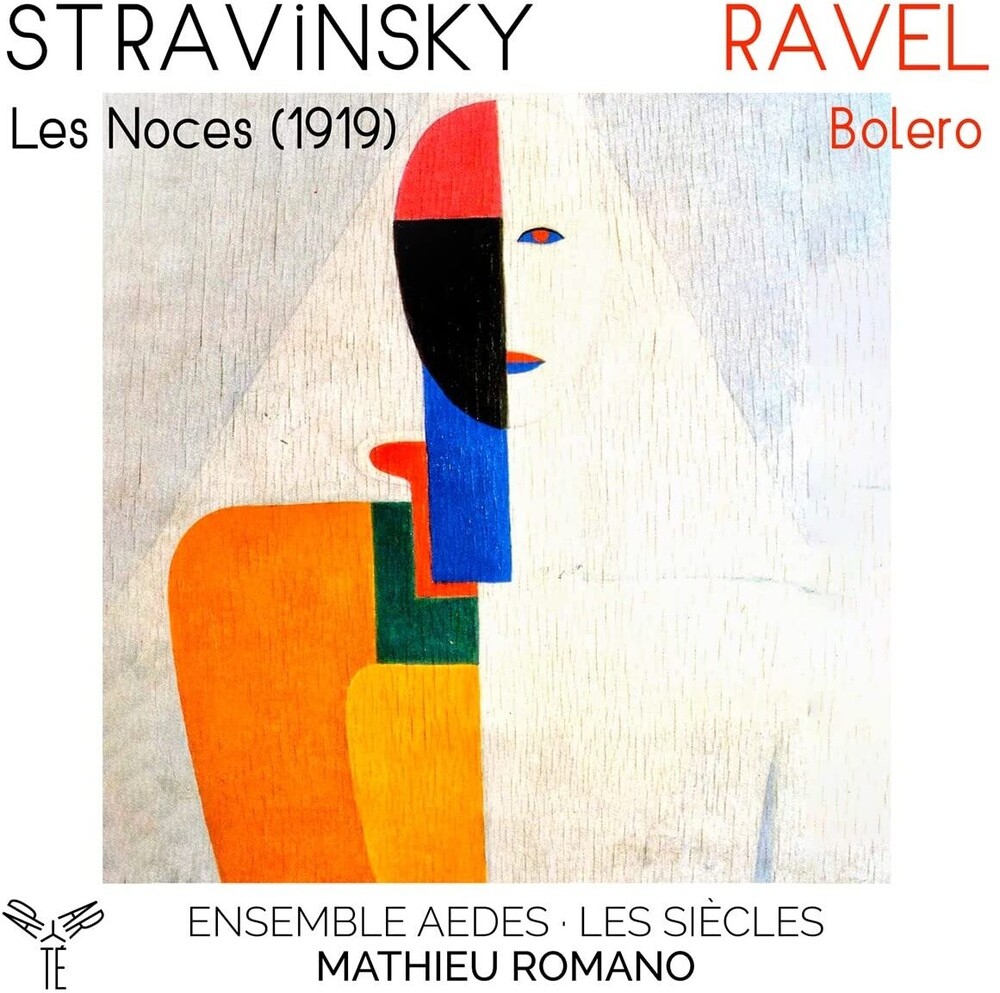 In 1914, Stravinsky, more than ever, was taken up by his interest in pagan Russia and it's folk rituals. He worked on the composition of Les Noces, intended for the Ballets Russes, until 1923. These "choreographed scenes with music and voices" represent, in four tableaux, the Russian folk wedding ritual. Sober, stylised, razor-sharp, Stravinsky's music combines rhythmic brutality with an incantatory force, evoking both the timelessness and the inexorability of that ritual. There were several attempts at different instrumentations of the work. Here Mathieu Romano, the Ensemble Aedes and Les Siècles present the world premiere recording of the full 1919 version (completed in 2007 by Theo Verbey), written for an ensemble of percussion instruments, two Hungarian cymbaloms, a harmonium, a pianola, and voices. The same unusual instrumentation, clear, incisive, precise, is used for Robin Melchior's arrangement of Ravel's Boléro: an unexpected and amazing, suave, and totally successful.