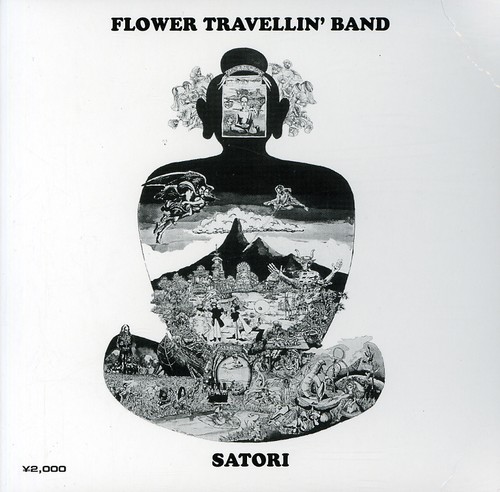 The Flower Travellin' Band's first musical outing, Challenge, was released in 1970 and was essentially a series of covers of Cream, Hendrix, Big Brother and Jefferson Airplane material. However, Satori appeared a year later and forever changed the way the group would be perceived, both in Japan and in the musical world at large. Possessing the vision to select Akira "Joe" Yamanaka as their vocalist, the Flower Travellin' boys elevated themselves above other Japanese bands of the time, whose efforts were largely confined to imitating British and American bands of the era. Satori, which was released in 1971, is a conceptual hard rock/psych album driven by Hideki Ishima's furious guitar licks which erupt and explode over the harmonic heart beat of the drums and bass and Yamanaka's banshee-like vocal style which was turning him into an occidental Iggy Pop or Robert Plant while the band itself was rapidly becoming Japan's answer to Led Zeppelin. Satori is a huge album in every way. From power chords to Eastern-tinged North African six-string freak-outs and crashing tom-toms, the band flexes it's collective muscle from start to finish.