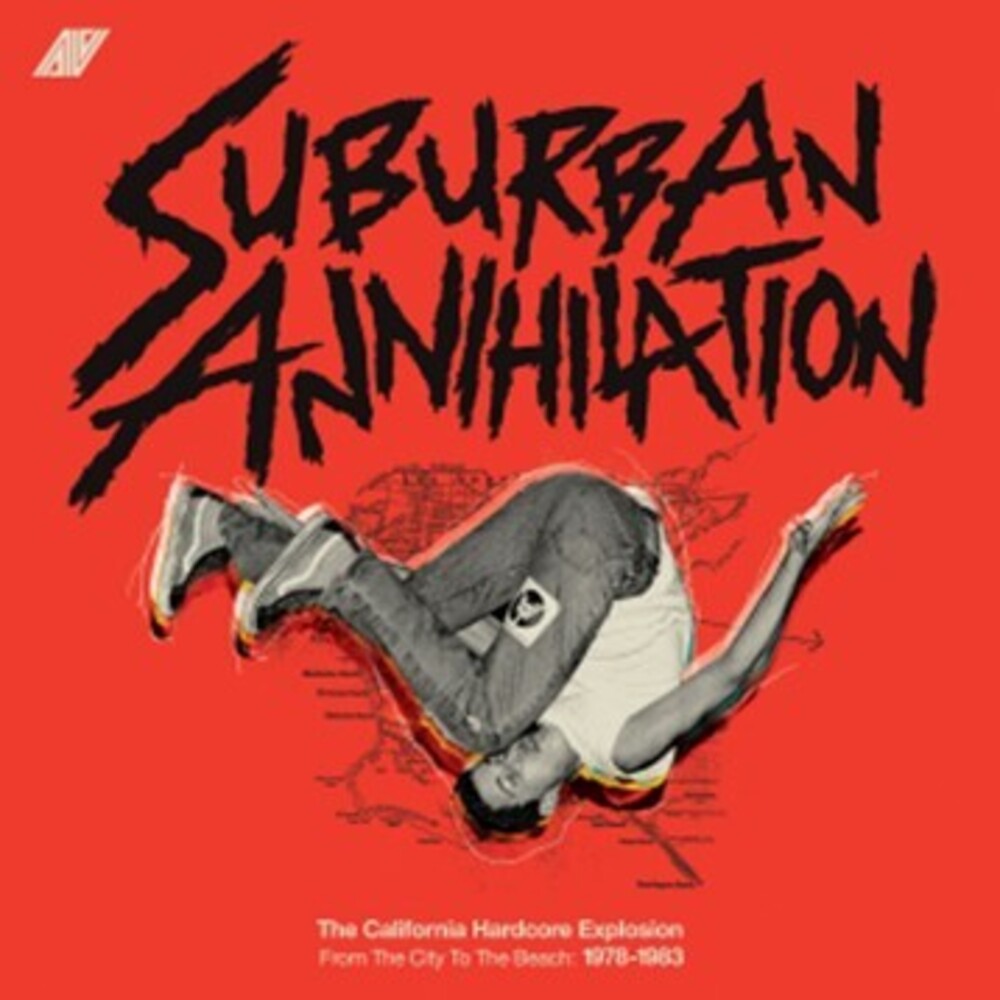 Futurismo present their new anthology series: Altered Vision, beginning with SUBURBAN ANNIHILATION The California Hardcore Explosion / From The City To The Beach: 1978-1983. This aggressive collection draws from California's rich history of punk, more specifically hardcore: a new sound that eschewed melody for intensity, a sound that took punk harder and faster, a sound intrinsically American. Whilst hardcore was also burning over on the East Coast, it was in California that it had ignited and sprawled, a sonic punch in the face that raged socio-political disdain and total abandonment for commercialism, fueled by a crumbling American Dream and the collapse of family values. Suburban Annihilation takes you from the major cities, to the coastal towns, to the SoCal suburbs, showcasing some the most important bands of the West Coast. Blasting off with the Adolescents 'I Hate Children', it heads from the year zero of Middle Class's 'Out Of Vogue' to the surf punk of Agent Orange's 'Bloodstains', from the blues tinged outlaw of The Gun Club's 'She's Like Heroin to Me' to the classic anti-anthems: 'Live Fast Die Young' by the Circle Jerks, lifted from their seminal Group Sex album, and the hardcore staple 'California Über Alles' by the Dead Kennedys. Also present are so many other bands integral to the era: T.S.O.L, Wasted Youth, Germs, Social Distortion, Suicidal Tendencies, Negative Trend, Flipper and many more. Though the music was designed to repel, this historical document has been lovingly designed to remind us that this genre created some of the most immediate and acutely-realized music ever produced. Making this collection of choice cuts essential for long-time fans of hardcore and punk, just as those new and inquisitive about one of the most angry and pissed off genres to have given birth in America. This 2xLP comes in a choice of limited edition colored vinyl, it has a tracklist co-curated by Henry Rollins, it contains liner notes by Lisa Fancher of Frontier, a bio by award winning author Benjamin Myers, and contains a booklet featuring an array of images by the legendary punk photographer Edward Colver.