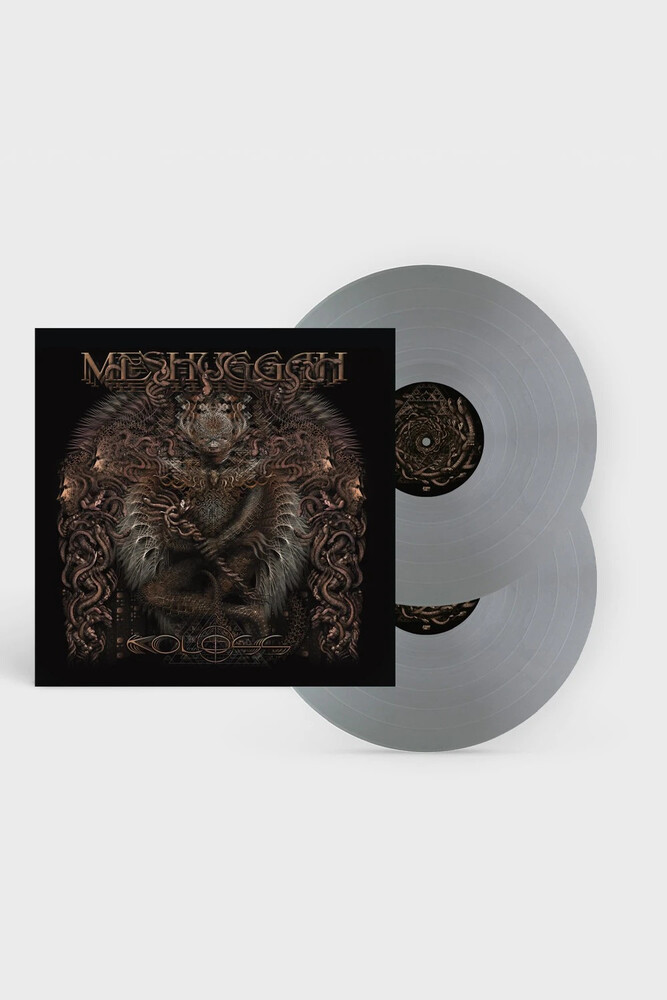 Limited silver colored vinyl. Since forming in 1987, the Swedish sound architects known as Meshuggah developed into one of the most technically complex and virtuosic group of players the Metal realm has ever encountered, their distinctly unique brand of progressive groove-infused Death Metal inadvertently launching an entirely new subgenre! Flashing back one decade: After switch-flipping the Metal community upside down with "obZen" (2008) and continuously touring the entire globe, the iconic band had returned to their very own studio vault in early 2011 to record one giant monster of an album. The Swedish 5-piece have always dedicated their due time and utmost efforts to their music, and one always knows that it was more than worth the wait once they listen to the wonder of a new Meshuggah record for the first time. As a result, "Koloss" once more showcased Meshuggah on top of the game that others in the field of math-, jazz-, djent- or whatever-you-wanna-call-it Metal, might come close to, but never will match. Fast-forward to Present time, the year of 2022 now sees the re-release of this masterpiece in stunning new vinyl colors, (limited worldwide to 500 of each color) to complete every collector's dream.