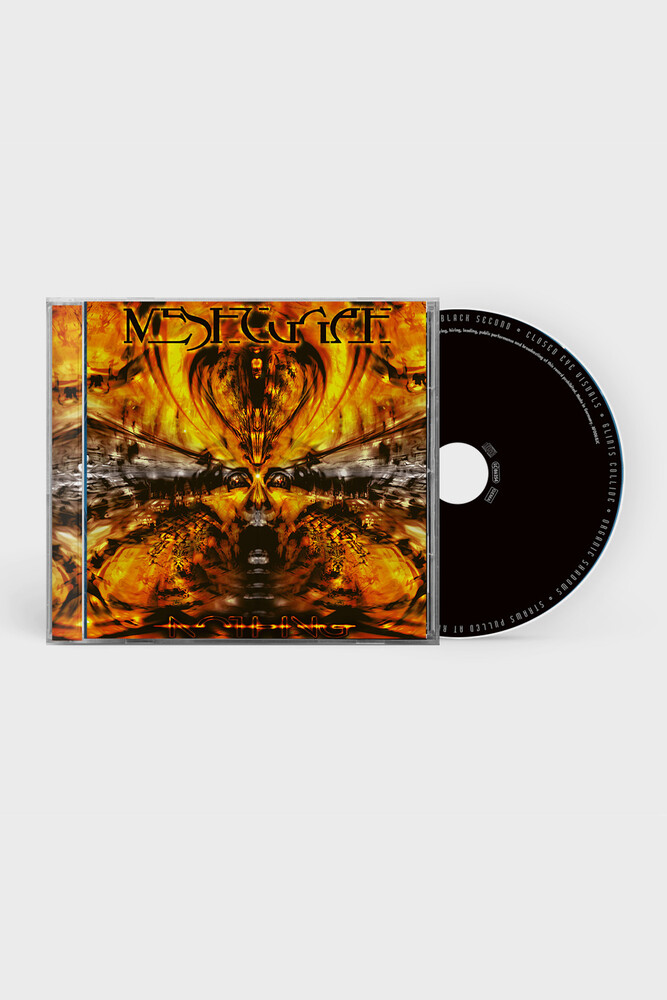 Formed in 1987 in Umeå, Sweden, Meshuggah have gone on to be called "one of the ten most important hard and heavy bands" by Rolling Stone and have earned the respect and admiration from fans and musicians alike. The long journey from Sweden to Ozzfest began with their first release, usually referred to as Psykisk Testbild (roughly translated as "Psychological Test Picture") even though it really has no title. Like their music, much of Meshuggah's early history remains an enigma, but vocalist/guitarist Jens Kidman, guitarist Fredrik Thordendal and bassist Peter Nordin hammered out this vinyl-only release sometime around 1989. Drummer Tomas Haake joined shortly after, and the band began writing for their first full-length release, "Contradictions Collapse". A period of flux followed. Kidman put down the guitar to focus solely on his vocals, and Haake's school chum Mårten Hagström joined. The band followed up "Contradictions Collapse" with two EPs ("None" and the now out-of-print "Selfcaged"), and the brilliant and critically acclaimed "Destroy, Erase, Improve" as well as the EP "True Human Design". shortly thereafter. The next full length milestone by the band was the monumental 1998 release "Chaosphere", which opened the door to extensive touring alongside big names and numerous prestigious festival appearances around the globe. Although already planning to disappear into seclusion to work an the next studio record, the band landed a spot on possibly the most coveted tour every year - Ozzfest - while juggling dates with System of a Down, P.O.D., Down and Mushroomhead on the off days. The band spent the months leading up the festival spending every waking moment working on nothing... literally. The most intense six weeks of the band's professional and personal lives then spent recording in Dug-Out Studios with Daniel Bergstrand (Stuck Mojo, In Flames), Area 51 and Fear and Loathing Studios resulted in the masterpiece henceforth knows as "Nothing". After the mathematical precision presented on "Chaosphere", the band offered up a more straightforward approach and created the heaviest album of their career. Fast-forward to Present time, the year of 2022 now sees the re-release of this masterpiece!