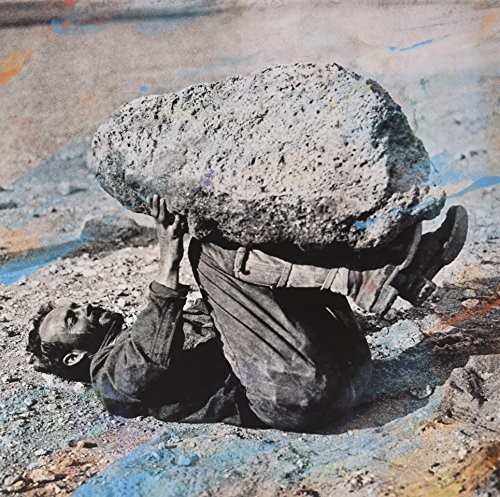 INDIE EXCLUSIVE DELUXE VERSION OF THE LP IS A GATEFOLD SLEEVE HOUSING AN ADDITIONAL 12 PANEL 12x12" ART BOOKLET. Compassion", the follow-up to 2013's critically lauded debut Engravings, will be released on 5th May 2017 via Ninja Tune. The album will be followed by a set of multidisciplinary projects expanding the themes and concepts across wider disciplines, overseen by Forest Swords own Dense Truth, an experimental art studio and record label. Compassion" is a response to the uncertain, aggressive new world were experiencing and communicating within, distilling it into a unique sound territory: Barnes' exploration of the mid-point between ecstasy and melancholy, artificial and human feels timely and affecting; a celebration of primal connections, life itself, and an anxious glance at the direction we're heading. The result is an assured, compelling, vital body of work, tying together the ancient and future: weaving swathes of buzzing digital textures, field recordings, clattering beats and distorted jazz sax with fizzing orchestral arrangements. The album shifts from 'The Highest Flood's skeletal bounce to 'Panic's claustrophobic paranoia; the rapturous hyperballad 'Arms Out' to the windswept and cinematic Knife Edge, navigating through the orchestral glitch of 'War It' to decaying jazz thump of Raw Language. The album is equal parts disorienting and immersive, balancing bold sweeping gestures and crumbling textures; tracks seemingly disintegrating and reassembling at points across the album. Blending both digital and specially recorded brass, strings and vocals, Barnes's processing never truly makes it clear what's new or old, sampled or unique, constantly blurring and toying with the line between digital and acoustic. The 'mixed media' approach extends to the record's packaging and design, all directed by Barnes himself. The visuals intersect many of the albums themes: bodies, connection, language and movement with the deluxe booklet featuring portraits of first-wave immigrants who travelled from Barnes' home port of Liverpool to New York. Central to this enthralling world is Compassion", an album that's as weighty as it is vulnerable, sculpting the most striking parts of his previous work into something that feels urgent and necessary, and cementing Barnes as one of the UK's most significant electronic artists and composers.