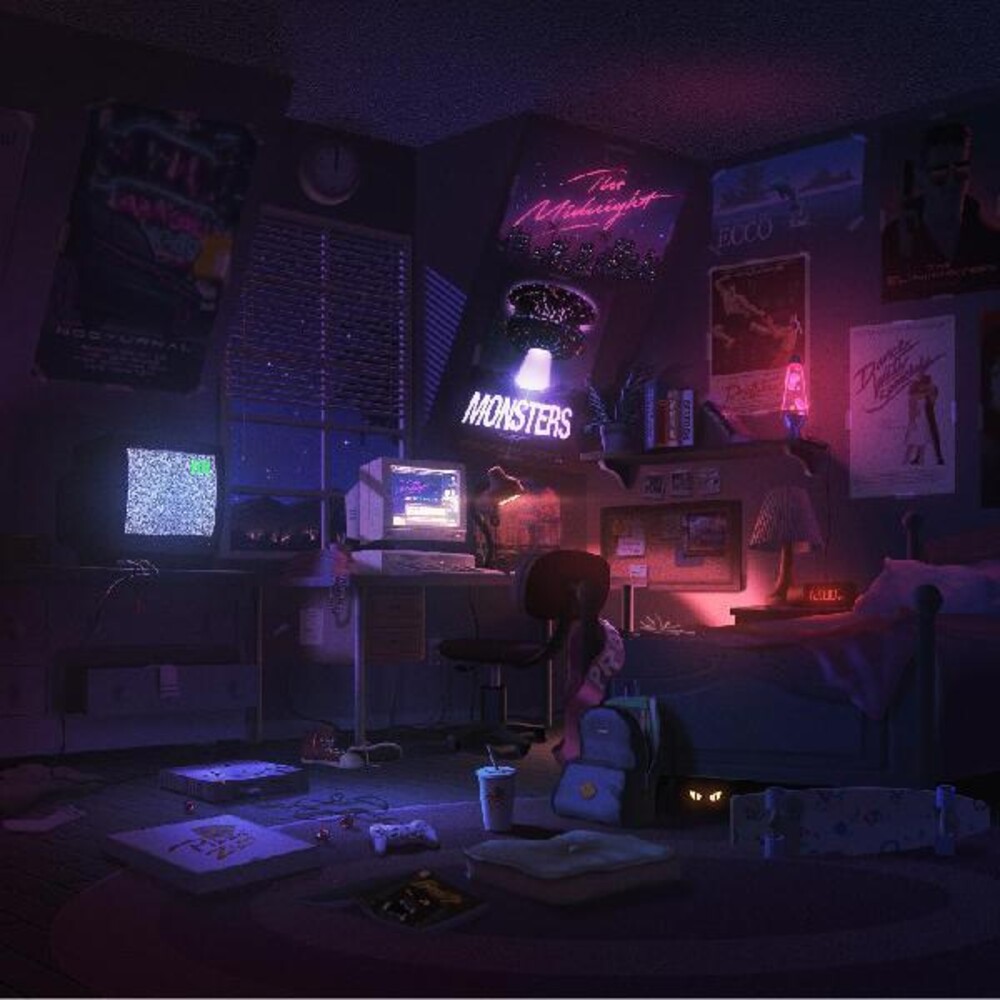 The Midnight releases their first album with Counter Records, Monsters. Available on 2LP and CD. The Midnight are duo Tyler Lyle and Tim McEwan. Following up their widely successful independent release KIDS (2018), which reached #1 on Billboard Electronic chart, the group are set to release their next album titled Monsters.

“I wanted the wonder of coming of age to shine through but be combined with the inherent darkness and complexity of being a teenager,” Tim says. The songs reflect both uplifting and the downbeat tones throughout. The 15-track album offers moments of quiet ambience to consider the big ideas and worries of being a teen, but it also makes room for people to just dance. Combining elements of synthwave and 80s inspired pop, Monsters is the band’s most complete work to date.

Coming off a big 2019, the band sold out their entire 2018/2019 tour including concerts at The Novo (LA) and The Roundhouse (UK) in addition to festivals Electric Forest and Firefly among others. They have done increasingly well in their D2C business, selling over 25k items worldwide in 2019. The band recently hosted a livestream that raised a considerable amount for charity, Plus 1, which was featured on the Twitch homepage. Recent syncs include music featured in Season 3 of Netflix series ‘13 Reasons Why’, advertisements for Sonos Speakers, and Apple ‘Memories’ feature on the photos app in IOS.

In the bands words: “‘Monsters’ is the story of being a teenager. Adolescence is messy, tragic, brutal, wistful and beautiful. ‘Monsters’ is all of that…”