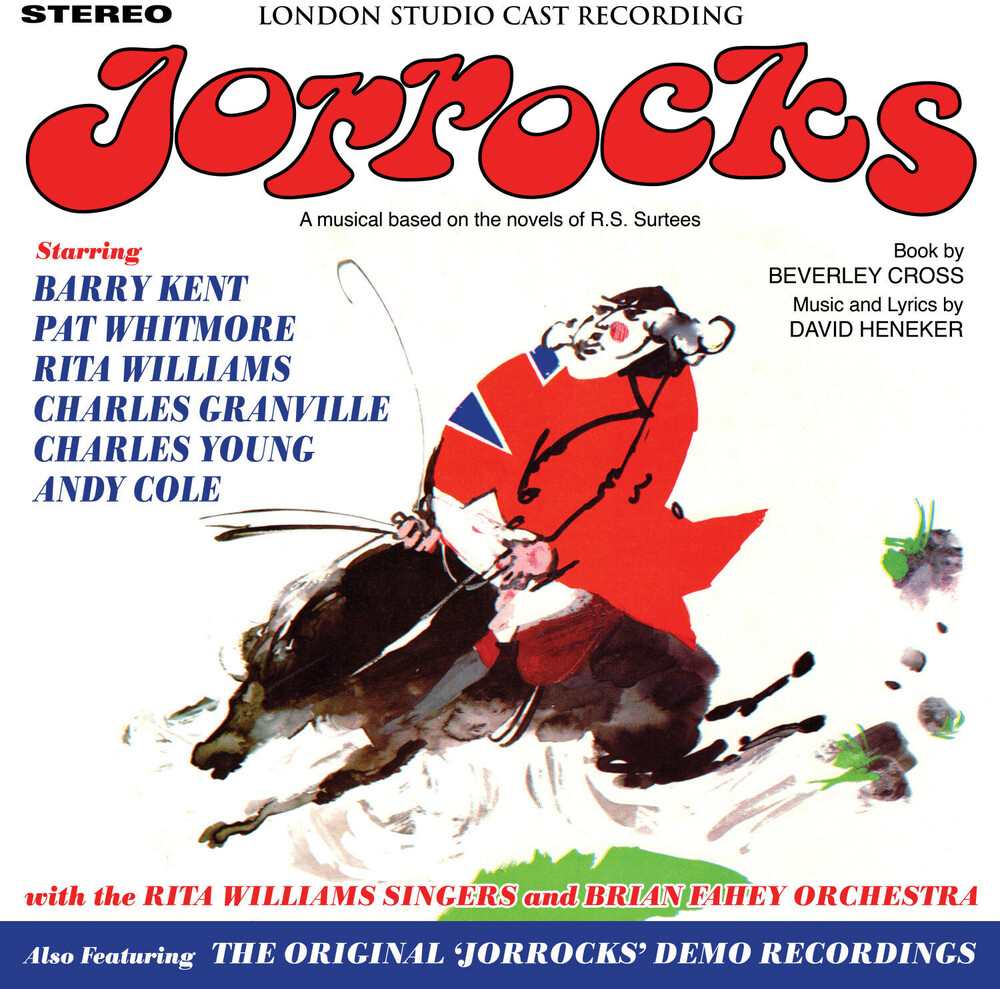 Stage Door are pleased to present the CD debut of the Saga Records 'Jorrocks' London Studio Cast Recording. Featuring music and lyrics by David Heneker and book by Beverley Cross, 'Jorrocks' is a musical based on the novels of R. S. Surtees and opened at London's New Theatre on September 22nd 1966. To coincide with the West End production, Saga Records recorded a lavishly produced studio cast recording of the score featuring Barry Kent in the title role of John Jorrocks alongside Rita Williams as Mrs. Jorrocks, Pat Whitmore as Belinda, Charles Young as Charlie Stobbs, Charles Granville as Captain Doleful and Andy Cole as Dr. Swizzle. Digitally remastered from the original Saga master tapes, the CD release includes the very first recording of the 'Jorrocks' Overture which was previously unreleased on the original LP album. As a special bonus, the album release features the original 'Jorrocks' Demo Recordings from the David Heneker Archive, including several songs later cut from the production. The 'Jorrocks' London Studio Cast Recording is licensed from the Saga tape collection at the British Library and is a limited edition release of 500 units only.